2 2024 Hyundai Ioniq 6 Leaked Ahead of Official Reveal, Enjoy It While You Can

5 2023 Hyundai Ioniq 6 Prototype Spotted During Testing, Driver Is Not Happy To See Us
Car video reviews:
Up Next

After countless spy shots, previews, unofficial renderings, and the already traditional pre-unveiling leak, Hyundai has officially revealed the looks (but not all technical details) of its upcoming Ioniq 6 EV. But did it fulfill all promises?

Hyundai was planning to unveil the Ioniq 6 as an all-new competitor for the best-selling Tesla Model 3 EV sedan but of course, someone (intentionally or not) spilled the beans ahead of schedule. Then, the South Korean automaker rushed to kick off the proceeds a few hours later and the world was met with the heir of the Prophecy battery-powered concept that was first showcased more than two years ago, in March 2020.

Frankly, I am a bit disappointed. At least as far as the design is concerned, since the technical basics will be covered by the group’s E-GMP architecture and Ioniq 5/Kia EV6-shared powertrain options, those are more than enough for now. But the styling, although covered in ‘Ethical Uniqueness’ marketing talk and profiled to be as efficient as possible, just does not cut it, at least for me. And I may not be the only one who had higher expectations.

Sure, the Ioniq 6 brings forth a string of novelties, such as the newly-styled ‘H’ logo or the 700+ Parametric Pixel lights, plus a bunch of sustainable material ideas – meaning you can always brag about being the early adopter of something fashionable and cool. But the classic Porsche 911 figure is a bit overused and out of context with the 21st-century conditions – even the German automaker refined it over the decades into the almost perfect modern form that we see today.

So, why would Hyundai need any controversy hype regarding the iconic 911 form factor when their Ioniq 5 and Kia EV6 managed to innovate and make us forget that they are basically siblings on the same platform? Well, that is anyone’s guess, even though Hyundai’s design guru tried to explain the looks – and when the styling chief does that it certainly sounds like they are trying to mitigate the negative impact.

Sure, beauty is always in the eye of the beholder, and I will not hold it against anyone who thinks the Hyundai Ioniq 6 is their battery electric mid-size fastback sedan cup of tea. But it seems I am not the only one running amuck shouting “why, oh why?” Yeah, maybe I am exaggerating a bit since automotive pixel masters are not really doing that – instead, they are giving us their honest opinion by way of cool or ‘let us try and save the day’ transformations.

As far as the Hyundai Ioniq 6 is concerned, it feels like most of them belong in the second category. Take Marouane Bembli, the virtual artist better known as TheSketchMonkey on social media, who immediately made the production Ioniq 6 lower, wider, and generally cooler with just a few CGI brush strokes (it’s the first YT video embedded below). Or the fact that Theottle, one of his CGI peers, quickly came up with a “swoopy” Hyundai Ioniq 6 computer mouse joke (first Insta post embedded below).

Others quickly went down the logical route of escaping the Tesla Model 3 rivalry or the Mercedes EQS parallels by way of making the Hyundai Ioniq 6 a glorious EV station wagon (both KDesign AG and SRK Designs had the same Shooting Brake idea, almost at the same time). So, it is not just me, but also folks with an eye for automotive beauty that might think something is amiss. Naturally, I am also going to defer full judgment until the Hyundai Ioniq 6 comes out into the real world – maybe, just like with the humongous-grilled M3/M4, reality still beats CGI! 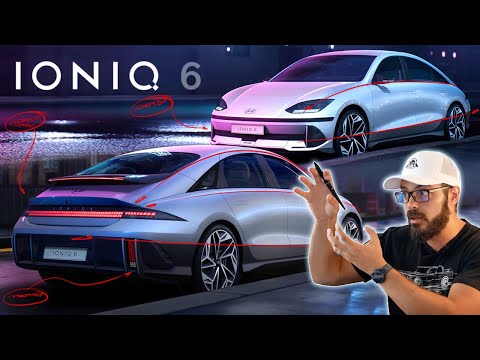 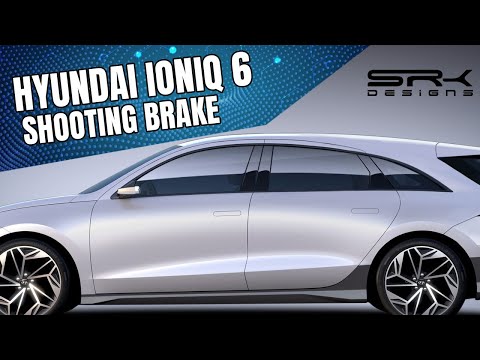