2 Bond Girl Is a Stealth Trimaran Concept That Lives Up to the Name, Oozes Sophistication

5 Russian Billionaire’s Plvs Vltra Is One of the Most Expensive Superyachts for Sale
Car video reviews:
Up Next

The Chevy Nova Through the Ages

No summer season goes by without the media sharing photos of celebrities vacationing on superyachts in some of the most beautiful places in the world. And we love it every time because it gives us a glimpse of what some of the most expensive, spectacular modern yachts look like. This year was no exception, so here’s a look at some of the most interesting celebrity-owned luxury yachts.

Five Celebrity-Owned Superyachts That Are Famous for Their Incredible Luxury

Sportsmen, pop stars, businessmen - they all have one thing in common when it comes to yachts: nothing common will do. However, all of the following superyachts have something special, and it's not just the price.Jeff Bezos’ Alleged "Flying Fox"
This one is, by far, the most controversial because it was reported to be owned by the “space cowboy” himself, but rumors haven’t been confirmed. It’s also double famous because apart from the alleged ownership, it was the yacht chosen by the iconic couple Beyonce and Jay-Z to celebrate the beloved singer’s 40th birthday last month. Photos shared by the couple from their month-long vacation in Europe showed some of the luxury of this 466 feet (142 meters) beauty, the 14th largest in the world.

Built by Lurssen Yachts, the Flying Fox boasts not just one but two helipads, besides the generous swimming pool, gym, spa area, and cinema. With access to a master suite that unfolds over the entire top deck and 55 crew members, it’s no doubt that Beyonce and Jay-Z enjoyed a very special treatment on board. For a yacht that costs four million dollars per week to charter, that’s to be expected. Roman Abramovich’s "Solaris"
The owner of Chelsea FC already has the world’s most expensive megayacht, Eclipse. But Solaris, which was completed at the Lloyd Werft shipyard in Germany earlier this year, is heralded as one of the most technologically advanced yachts. The 460-foot (140 meters) megayacht was designed with eight decks and 46 cabins. It’s powerful enough to hit 18 knots, and it’s equipped for the longest travels in remote regions, as an explorer-type yacht.

Of course, it features the classic beach club, helipad, massive pool, and jacuzzi. But what makes Solaris stand out is the advanced security system, including armored protection, bulletproof windows, and even a radar-controlled missile detection system. After all, when you buy a custom yacht, you decide the priorities. And that’s what Abramovich did, for a reported price of $610 million.Tom Brady’s "Viva La Vida"
Not the first, smaller Wajer yacht, but a second model from the same Dutch luxury builder, which is 77-foot (23.5 meters) long. The successful quarterback stated that a bigger boat would allow him, his wife Giselle Bundchen, and their kids, to enjoy more frequent weekend trips to exotic places. Wajer is known for its technological innovations, and the new Viva La Vida also blends an ultra-comfy layout with modern features, such as an automatic roof, a cooled deck, and a hybrid protection system for the hull. Plus, it was designed to be the most silent yacht in its class.

Unlike other celebrity-owned yachts that were meant for huge parties with lots of guests on board, Brady’s $6 million yacht boasts a much more intimate, relaxed atmosphere, perfect for family vacations. Sleek and speedy (it reaches 30 knots), the second Viva La Vida also features a wide range of water toys, which is not surprising, considering that Tom and Giselle are both very athletic. Diddy’s "Maraya"
A legend in the R&B world and the music industry in general, Sean Combs (known as P. Diddy, Diddy, and several other names) is one of the few famous millionaires who have stayed faithful to one yacht for quite a long time. After previously owning Oasis, a Lurssen yacht, he purchased Maraya, built by CRN Ancona, a subsidiary of the famous Ferretti Group, in 2018.

The beautiful superyacht, which he’s been enjoying this summer as well, cost him around $65 million and is almost 178-foot (54 meters) long. Maraya is both a heavenly oasis for relaxation, with a master suite that incorporates a study, a private balcony, and a luxurious spa-like bathroom, and the perfect party spot, thanks to the nightclub area that rocks a bar, a screening room, and several dining rooms. Diddy and his guests can relax in the wellness area or pick one of the numerous water toys on board when they're not partying.Jeff Bezos’ Shadow Yacht "YS 7512"
Yes, Bezos again- the space race billionaire’s name was linked not just to the Flying Fox, but also a mysterious Project 721, a 417-foot (127 meters) Oceanco yacht, which would be Holland’s largest one. But what’s even more interesting is that Project 721 comes with a shadow yacht. This is a recent trend in the superyacht world, where all the supporting crew and equipment are transferred to a second support vessel that follows the mothership like an assistant.

Built by the reputable Damen yachts, YS 7512 is allegedly the shadow yacht for Bezos’ Project 721. Both of them are still under development and are expected to be delivered in 2022.If you own a $500 million superyacht, it's not surprising that the shadow yacht would be a 246-foot (75 meters) model with an estimated price of over $50 million. Everything from the hardware to the interior décor is still luxurious. Compared to a conventional yacht, the main difference is that support vessels have a special layout, with extra room for tenders, toys, and helicopters, plus features that allow a faster, safer launch.

Ranging from sleek family boats to jaw-dropping massive models, celebrities’ yachts never cease to awaken our curiosity and let us have a peek inside a world of luxury. 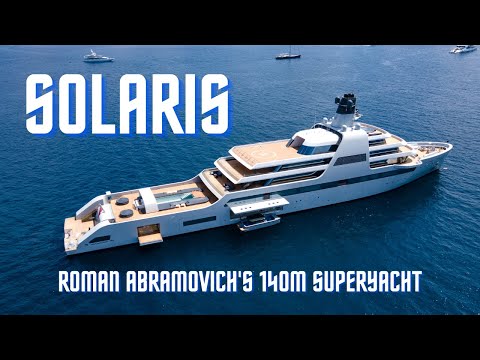