4 Faraday Future Prototype Spied in Traffic, It Is An Advanced Mule

5 Faraday Future Wants To Start A War With Tesla, Challenges It On Pikes Peak
Coverstory

Vlad Mitrache
Faraday Future is in a world of trouble, and also in desperate need of finances so it can bring to market the production version of its FF91 prototype launched at this year's CES.
1 photo
The company had backing from the Chinese multi-billion empire LeEco, but recent turn of events forced Jia Yueting's company into retreat, meaning the cash flow isn't what it used to be. Or what Faraday Future needs.

This is a good and bad situation for the would-be manufacturer. On the one hand, it's great that they at least managed to produce a few working prototypes, meaning the world - and any potential investors - have something palpable to touch.

On the other hand, if the company doesn't manage to secure the necessary funds to complete the building of its factory (which is just a hole in the ground at the moment) and start production, all these efforts would have been in vain.

That's why Faraday Future is now promoting the FF91 as best it can, hoping somebody with enough money - or enough people without so much money - would take a liking to its EV and throw FF the rope it needs to climb out of this pit.

So far, the promotion was limited to fancy YouTube videos in which the company told us how good the car was, using different methods. Now, though, Faraday Future is determined to make a practical demonstration and is getting the FF91 prototype ready to go up the famous Pikes Peak hill climb.

Last year, a Tesla Model S set a new record for a production EV with a time of 11 minutes and 48 seconds. The FF91, which isn't even a production car, has no option but to beat it. This could be Faraday Future's last stand. Get an extraordinary time, and people might start believing. Get a worse one than the Model S - or even only a slightly better one - and the company's future will be in doubt.

For now, though, all we can say is the FF91 looks to have a pretty darn good acceleration. The Pikes Peak International Hill Climb takes place this weekend. 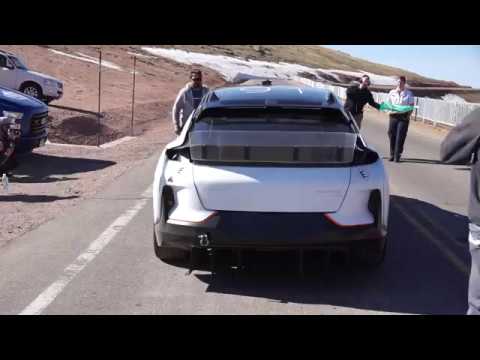 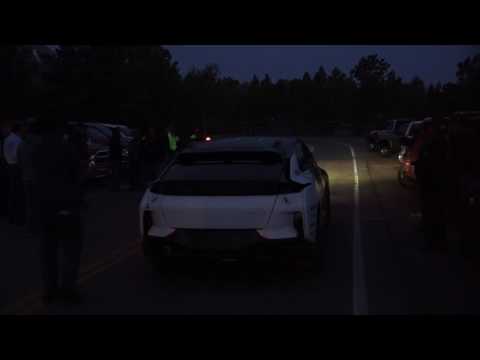 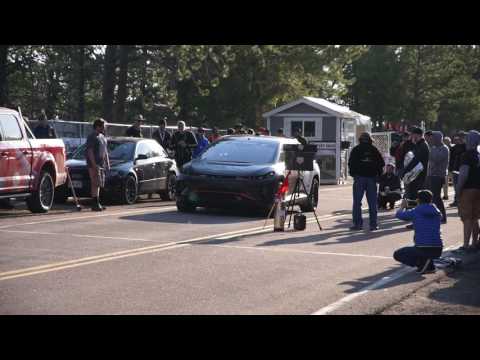