Vlad Mitrache
Just because you do it for the first time, it doesn't mean it's new. That's something the people at Faraday Future seem to be missing - or they're doing it on purpose since they've run out of things to say about their unborn car.
6 photos

Unless it finds some financial backing quickly, the Faraday Future project might be forced to take a sideline, or even get lost in the history books for good. The company's primary sponsor, Chinese giant LeEco, is having money trouble of its own so it was forced to cut all side projects and focus on its core business back home.

Less than two weeks ago, a very large part of LeEco's North American employees were ousted, bringing the numbers to a minimum. Even though this move didn't impact Faraday Future directly - as it is a separate entity - some of the people working there thought they were on a sinking ship and decided to move elsewhere as a result.

In the meantime, Faraday Future is continuing with its series of videos that is supposed to attract both followers and, even more important at this time, investors for its FF 91 project. After the unveiling of the vehicle at the start of this year, Faraday Future started peeling off layers of information about the FF 91, with the latest video focusing on the Dynamic Vehicle Control.

The system essentially consists of three technologies that have been in use for quite a while. One of them is four-wheel-steering, a feature that can be found on some Porsches and even Renault Lagunas. The few degrees of steering on the rear wheels help reduce the turning circle or improve stability at high speeds, depending on the situation.

The second is torque vectoring, something almost any decent performance vehicle (and not only) has had over the past decade. It manages the amount of torque sent to individual wheels to maximize traction.

Finally, there are the semi-active dampers that help with handling and ride comfort as well, another feature that's been in use for ages and can be found as an extra on almost all premium vehicles. These three, Faraday Future says, combine into the Dynamic Vehicle Control system to give the FF 91 the handling of a "much smaller performance car."

Far from us to doubt the merits of the FF 91 prototype and to ridicule all the hard work that has gone into it, but if you're looking to sell the vehicle to somebody who knows a thing or two about the car industry, this isn't the way to do it. For a car in this price range (estimated, for now), having these features is not an extra; not having them, on the other hand, would have been unforgivable.

That being said, we sincerely hope that Faraday Future finds a way around its troubles and manages to bring the FF 91 to market because even if we're not crazy about its looks, it looks like one of the few viable competitors for Tesla at the moment, together with Lucid Motors. And we all know what competition does to a market. 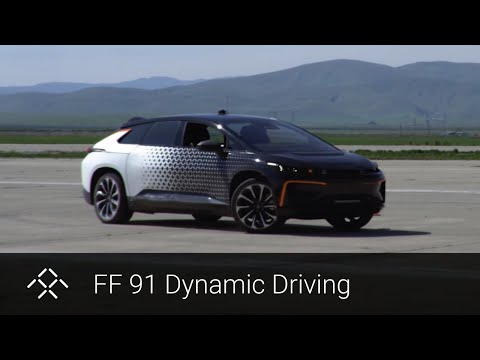