Sergiu Tudose
It’s amazing when two realities come together to form a highly anticipated pop culture event. First, this past Formula 1 season has easily been the most spectacular one in the entire hybrid era, with the Drivers Title coming down to the wire as Max Verstappen was crowned a champion literally on the very last lap of the year.
6 photos

Then there’s Netflix’s incredibly popular motorsport docuseries, ‘Drive to Survive’, which has surpassed everyone’s expectations and has single-handedly put Formula 1 in the crosshairs of the American public.

Add them up and you get “must-see TV”, with plenty of action, drama and even humor – plus a behind-the-scenes look at the private lives of Formula 1 drivers and team principals.

It’s going to be great, and the best part is that we only have to wait two more days. That’s right, season 4 of Drive to Survive will begin streaming on Netflix this Friday, March 11.

Aside from Verstappen and Hamilton’s 22-race battle, we can also look forward to seeing highlights such as McLaren’s 1-2 podium finish at Monza, Hamilton’s amazing performance in Brazil, Alpine’s Esteban Ocon winning in dramatic fashion in Hungary and of course, Red Bull’s Sergio Perez’s victory in Azerbaijan.

As a reminder, even though Verstappen won the Drivers Title last year, having amassed 395.5 points, it was Mercedes-AMG who won the Constructors Championship, so technically, you could argue they still had the best car – a car that Lewis Hamilton himself called a “monster diva” towards the end of the season.

Fast forward a little over a week after the season 4 premiere of this motorsport-focused docuseries, and we’ll be sitting down to watch the opening race of the 2022 Formula 1 season, scheduled for March 20 at the Bahrain International Circuit. It’s hard to remember the last time Formula 1 felt so wide open. 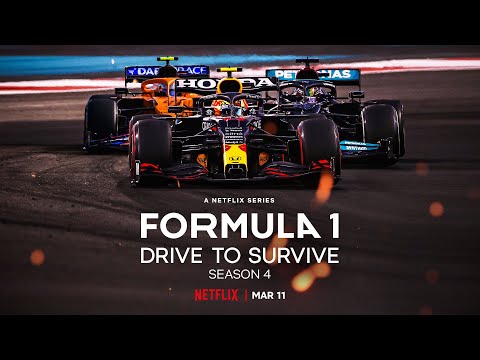