1 What If the Cupra UrbanRebel Concept Was Just a B-Segment Hatchback?

3 Make No Mistake: the VW ID. LIFE Is the ID.1, the CUPRA UrbanRebel Is the ID.2

Cupra UrbanRebel Is Much More Than a Concept, Sounds Like an Angry Mosquito on the Track

The world of hot hatchbacks is about to get much more exciting with the small electric vehicle that Cupra will launch in 2025. It was previewed at the 2021 Munich Auto Show last month by the UrbanRebel Concept, and due to the crazy design, people found it hard to believe that it is more than just another study.
7 photos

As a result, the Spanish automaker, which operates under SEAT’s umbrella, decided to put its money where its mouth is and prove that the UrbanRebel is indeed much more than just a concept. So, they showed it in action on a closed course, revealing the angry mosquito-like sound under heavy acceleration.

“The Cupra UrbanRebel represents a bold statement from the brand that electrification doesn’t have to be boring,” said the brand’s Vice President for Research and Development, Dr. Werner Tietz, who demonstrated it on video. “The car has a constant power output of 250 kW and delivers 320 kW at maximum power to get the most out of it. It’s really fun to drive.”

Built around the shortest version of the MEB electric platform, which will be shared with the Volkswagen Group’s small zero-emission models set to launch toward the end of the decade, the Cupra UrbanRebel makes the Toyota GR Yaris look bland in terms of styling.

It has a very aggressive front bumper shaped to create the impression of a huge central air intake, flanked by two more, fat fender flares and side skirts, a rear diffuser that looks worthy of hypercars, and a huge wing with integrated rear lighting. The wheels look like something you’d expect to see on future racers, and the bright paint further contributes to the mad design. 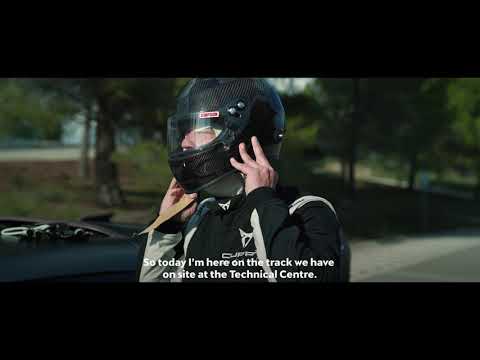