3 So, What If BMW Created an Extreme Off-Road Vehicle Without a Humongous Grille?

Not everybody likes to celebrate Christmas the same way. Take Academy Award winner Christoph Waltz for instance, who is not very big on Christmas parties and will do anything to avoid them. Even if they’re thrown by BMW’s CEO. The Hollywood star plays a funny, contemporary Scrooge, in BMW’s recently shared Christmas movie.
6 photos

With holidays just around the corner, the Bavarian automaker decided to show off its high-end wheelers once again and delight its fans and customers with a cinematic two-minute clip starring a loyal BMW supporter. Christoph Waltz is not at his first collab with the German car manufacturer. Just last year, the “inglorious basterd” took part in the NEXTGen 2020 event, playing an important role in the design world premiere of the BMW iX, as a co-creator.

Now, Waltz returns for a new BMW project, starring in a short, funny clip, next to Oliver Zipse (Chairman of the Board of Management of BMW AG), social media sensation Alex Hirschi (a.k.a. Supercar Blondie), fashion designer Alexa Chung, and Kai Langer, Head of Design at BMW i.

The movie is centered around Christoph Waltz, who is on his way to meeting Zipse at BMW’s headquarters in Munich, Germany. Unfortunately for him though, he finds out from the receptionist that he has to attend the company’s Christmas party in order to do so, which makes him change his mind and try to escape the festive area. Turns out that while the actor is very interested in the ecological aspects of sustainable drive technology, valuing premium quality and technological precision, he doesn’t find Christmas all that appealing.

A cat-and-mouse game follows as Waltz is now on the run to avoid the party, as a BMW staff member in a Christmas hat tries to do the opposite and take him there. Trying to leave the building proves to be more difficult than the actor thought it would be and we’ll let you discover why in the video below. 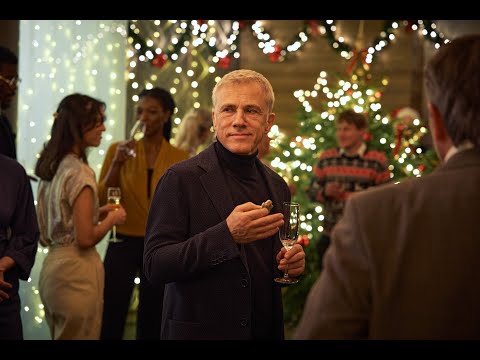