1 1965 Ford Mustang Barn Find Is Back After 35 Years, Flexes a Surprising Condition

2 Unrestored 1959 Chevrolet Impala Hides Something Mysterious Under the Hood

3 Jump in the Driver's Seat of a 1,200 HP Autobahn-Munching 9FF Porsche

5 YouTuber Proves Lamborghini Diablo Does Have Nissan Headlights
Car video reviews:
Up Next

In most cases when you read about project cars or view videos about someone's project car, you see the finished product. Or you might watch a YouTube video of someone building that project, and you see them complete it. Here comes the tricky part — everyone makes it look easy. It is not easy at all.

In many cases, starting and completing a project car is harder than posts on a forum, and YouTube videos might lead you to believe. I believe that there is also a cognitive bias here, where we, the viewers, lie to ourselves about the difficulty of a project car we imagined after watching countless projects being completed.

Or, to put it more lightly, we underestimate the difficulty of a project car based on what we have seen online. This happens whenever someone with no experience in the field tackles a complex task with many variables.

Since this month is autoevolution's tuning month, you may have considered embarking on a project car of your own. That is understandable. Before you embark on the journey of a project car, you must consider the fact that it will be more expensive than the sum of the parts you want to buy. How expensive? The answer depends on each build and its final goal.

Mind you, if plans change during the project or just before it is completed. like if you decide to up the horsepower goal or something along those lines, the total cost of your build will be dramatically increased. It will also take you longer to complete that build if you ever manage to do so.

That is why you often see incomplete project cars for sale. The sad part is that it is wise to refrain from buying them if you want to complete the project unless your budget can handle doing everything again, as you cannot be sure of the quality of the work that has been done to the vehicle. It is a sad truth, but many see these incomplete projects as a shortcut when you are just helping someone else cut their losses short.

Just at the end of October, I was watching Rob Dahm's video about his four-rotor Mazda RX-7. The YouTube creator was explaining how his life was going before the pandemic and how he struggled financially while building a custom engine for his Mazda RX-7. I'm not going to ruin the story for you, so I suggest you watch it yourself.

Rob even offers some financial advice, so be sure to pay attention and learn from his experience. You should also learn from his example of motivation and understand the dedication needed to finish a project car.

In other words, the process behind a project car needs more money than you initially thought would be required. If your project car also involves something else after it is completed, as is the case with a track car or a drift car, or some sort of racing car, you should be sure you can afford to race it when it is finished.

Earlier this year, I decided to sell a project car. I bought almost two years ago, and it was meant to be used in hillclimb racing. My goal was to buy the cheapest car I could find that had a rollcage, registration papers, and no visible rust. Even though it took me a few years longer than I expected to find that project car, I had succeeded in that objective.

At the time, I figured out that if I'd buy all the personal protective equipment needed but couldn't afford to race, I would just watch the gear gather dust in my home.

The stupid part on my behalf was that I did not save money at the time, so I did not have enough money for equipment as time passed. With that in mind, I decided to cut my losses short and sell the vehicle.

I managed to sell it for exactly the amount I paid for it, so that part worked. Not as expected, but it did work.

I have not given up on my dream to race in hillclimb events, though. The point of this article is that it takes dedication and money to own and finish a project car.

Think things through, add up your estimated expenses, round them up to cover at least a part of unexpected costs, and once you have the money you think you need for it, you can start the search for your project car. 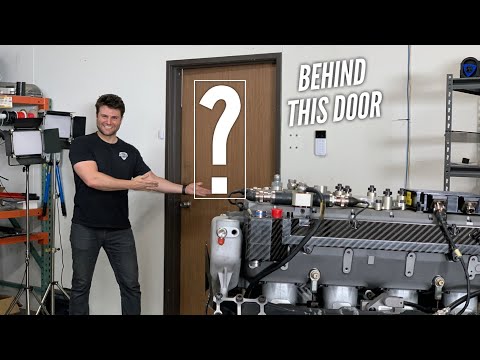 What Is the Difference Between a Boat and a Ship? …Think Bezos Knows?See all editorials