1 Koenigsegg’s Regera Is a Crazy 1,500 BHP Hybrid with No Transmission at Geneva

The Koenigsegg Regera that was just unveiled at the Geneva Motor Show brought out a few unconventional ideas, to say the least. The one that impressed the most was the Koenigsegg Direct Drive which is basically a single speed gearbox. However, Christian von Koenigsegg has bigger plans not only for his own company’s future but the industry as a whole.
1 photo
In an interview for Top Gear, the CEO and owner of the Swedish hypercar sensation said that he has been working for 14 years together with a team of 8 engineers to create something that people thought it would be impossible: a camshaft-less engine.

That’s right, the man wants to get rid of the camshaft as we know it and introduce a new kind of engineering that operates the valves as independently as possible. But how would that work?

Well, we don’t have the specifics but if our man here manages to deliver on his promise, we will be seeing engines with virtually infinite means of adjusting the valves, combining Valvetronic, VANOS, VTEC and all of those variable valve timing technologies into one. Furthermore, cylinder deactivation would be even easier to do.So, when will we actually get to see it and will it be used only on Koenigseggs?
Of course, if only Koenigseggs would use this kind of technology, there would be an extremely thin group of people that could actually afford it but according to Christian, that won’t be the case.

"It's getting ready for fruition, but not only in Koenigsegg. We're working with a couple of large OEMs and looking to implement it,” he said to Top Gear.

That’s great news for all of us as we will not only get a bump in performance but also in efficiency and that’s not an easy thing to do these days. Furthermore, the hybrids we have now, will get even better at hypermiling so keep that in mind as well.There’s a sedan coming too
On other Koenigsegg-related news, it would appear like Porsche 911 territory is too much for the hypercar maker. Speaking about building a rival for the legendary car, the CEO claimed that there’s just too much competition down there and it wouldn’t make sense entering it as development of a new model would outweigh the profits since there are so many choices involved.

However, there has been talk of a four-door sedan and that would be more than interesting to see. Furthermore, the owner said that he could not only imagine such a car but would like to see it come to fruition in the next five years and that is simply incredible.

At the moment, all the hypercars around are 2 seaters and it really is a shame not being able to watch the things they can do with at least two more friends in the car next to you.

If Koenigsegg launches such a thing, it could spur on Bugatti to revise its approach towards launching a similar car in the future, possibly one based on the Galibier Concept. So far, officials denied such plans but who knows... 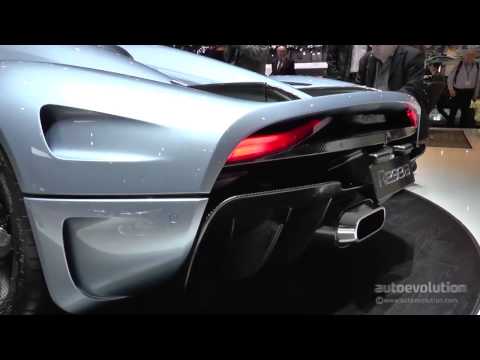