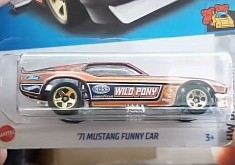 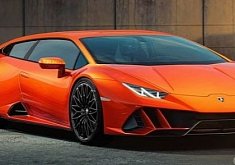 Lexus Will Follow Their Design Path, Regardless What People Think

5 Apr 2015, 10:31 UTC / Lexus found its maturity last month after presenting the LF-SA concept in Geneva and the company is decided to keep that path no matter what people say

The IED Syrma Concept Car Is a Futuristic McLaren Lookalike

18 Mar 2015, 17:50 UTC / This concept car was one of the best kept secrets at last year's Geneva Motor Show and it looks like a cross between a Maserati and a McLaren

17 Mar 2015, 15:43 UTC / You know Aston Martin are good for their word when they set up a secret facility that will be used to assemble the Vulcan hypercar

17 Mar 2015, 13:55 UTC / Let's say you had the chance of changing a concept car. What would that prototype be? Theophilus Chin thought the DBX looks better as a shooting brake

Koenigsegg Wants €60,000 to Change the Color of Your Car If You Change Your Mind

9 Mar 2015, 14:16 UTC / We saw the Koenigsegg Regera in Geneva and were completely blown away but it seems like Mr. Christian von Koenigsegg has bigger plans

Lotus Is Looking to Break Into the SUV/Crossover Segment

6 Mar 2015, 15:13 UTC / Lotus CEO has announced the company's upcoming all-new model will likely take the shape of an SUV or crossover, most likely to boost the company's profits

Lexus LF-C2 Concept Is The Samurai of Convertibles

6 Mar 2015, 10:07 UTC / Lamborghini and Samsung have partnered up to bring the Huracan driving experience in a virtual way to its visitors at the Geneva Motor Show

5 Mar 2015, 16:27 UTC / Everybody wants Lancia to bring the Delta Integrale back from the dead, but guess what? Nope! Apparently, a petty Ypsilon is more important for the company

5 Mar 2015, 16:24 UTC / With the futuristic concept of the EDAG Light Cocoon, the company stimulates the discussion about the future of lightweight construction