Remembering Honda’s Legendary B16, the Engine That Brought VTEC to the World

Dan Parker, aka The Blind Machinist, has an incredible life story. He was blinded in a horrific drag racing incident back in 2012 and continues to race to this very day. Better yet, he’s taking part in the 2021 Blind Driver Challenge and, later this year, will attempt to nail the Guinness Book World Record for the “Fastest Speed for a Car Driven Blindfolded.”
10 photos

Born into a family imbued with adrenaline in its DNA, Dan Parker became a racer just like his father. Unfortunately, after a promising start into a Pro Mod and Pro Nitrous drag racing career (he has a Dixie Pro Stock championship as well as the 2005 ADRL Pro Nitrous world championship title), an accident in 2012 rendered him completely blind.

Many people would have called it quits at that stage, but the miracle of survival made him continue on his chosen path. As such, he built a motorcycle and became the first blind to race the Bonneville Salt Flats in 2013, even setting a class record (no exemptions on blindness) the following year.

His secret for success was a special guidance system (there’s no human assistance) based on audible feedback for trajectory correction. Now, he’s already become the fastest blind driver in America, but his inspirational story continues with yet another interesting chapter.

According to the National Federation of the Blind (NFB), he is getting ready his purpose-built 2008 C6 Chevrolet Corvette (modified by himself and his Tragedy to Triumph Racing team) for the biggest challenge he’s ever faced since 2012.

Cruise, GM's well-known San Francisco-based zero-emissions self-driving company, will sponsor Parker as he takes on NFB’s 2021 Blind Driver Challenge and will attempt later this year (sometime during the fall) to set a Guinness world record. The run won’t be easy, though, because the current benchmark for the “Fastest Speed for a Car Driven Blindfolded” currently resides at precisely 200.5 mph (322.67 kph).

Even more, his crimson C6 with fully blacked-out windows and windscreen might take him well past that point, as Dan Parker specifies his ultimate goal is to set the mark at 210 mph (almost 338 kph). We’d say an 800-horsepower ‘Vette is clearly the right choice for that, especially since it has already proven its worth going past 50 (80), 100 (161), and 150 mph (241 kph) previously. 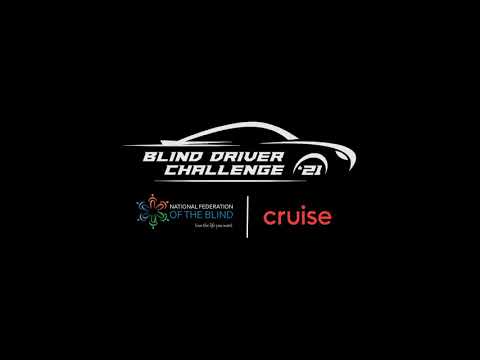 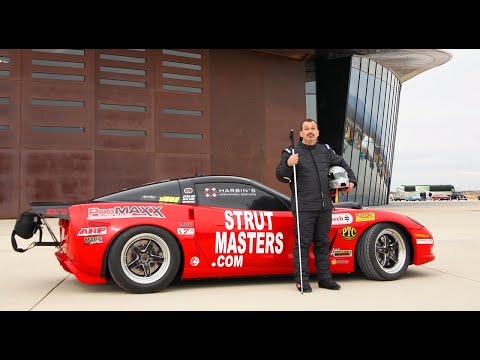