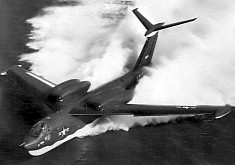 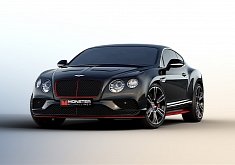 Bentley Showcases Monster by Mulliner at CES 2016, the Car Has 16 Speakers

28 Jul 2022, 14:56 UTC / The ship welcomed passengers aboard yesterday for the start of a 12-day Northern Iles Expedition departing from Tromso, Norway.

Tesla Is Not the Only Company Under Scrutiny by NHTSA: Cruise Is Also Being Investigated

8 Jul 2022, 17:13 UTC / After almost ten vehicles stopped in San Francisco, a Cruise vehicle got involved in a crash on June 3, triggering the investigation

7 Jul 2022, 15:14 UTC / Cruise robotaxis were involved in several incidents this year, but the one reported in San Francisco last month might be the most serious yet

1 Jul 2022, 14:20 UTC / The Cruise-caused roadblock lasted for a couple of hours before employees were able to move the vehicles and ease traffic

3 Jun 2022, 10:46 UTC / GM’s Cruise has secured the first California permit to carry paying riders in driverless cars after it has tested the service for free in the past four months

21 Apr 2022, 09:10 UTC / Honda plans to deploy the Cruise Origin self-driving vehicle in central Tokyo by the middle of the decade, starts researching what it will take

Driverless GM Cruise Car Gets Pulled Over by the Cops, Makes a Run for It

5 Apr 2022, 16:27 UTC / Royal Caribbean has officially began construction of its first Icon Class cruise ship: Icon of the Seas. The vessel is set to hit the water in the Fall of 2023

GM's Automated Driving System Might Be Good, but It Still Needs to Learn From Tesla

29 Mar 2022, 15:29 UTC / GM has been benchmarking the Tesla Smart Summon feature on Model 3, showing that even the best automated-driving systems on the market need to learn from Tesla

8 Mar 2022, 03:15 UTC / Viking's cnew 386-guest Viking Mississippi has moved into its final stage of construction. The 450-foot luxury cruise ship is expected to debut in June

6 Mar 2022, 14:06 UTC / Disney's most advanced cruise liner yet, it will house the first-ever Disney ride at sea (the AquaMouse), six pools, and a Marvel superhero academy

2 Feb 2022, 15:43 UTC / The time of driverless cars is here, as GM-backed Cruise ride-hailing service is now open to the public in San Francisco

Royal Caribbean's Newest Cruise Ship Was Finally Delivered, It Is the World's Largest

31 Jan 2022, 08:58 UTC / Royal Caribbean's fifth vessel in the Oasis class of cruise ships, defined as the most innovative, has finally been delivered after 30 months of waiting

Is It True GM Will Sell Autonomous Vehicles to Consumers by Mid-Decade?

9 Dec 2021, 13:58 UTC / Jimmy Buffett launches his own cruise line called Margaritaville at Sea, with its inaugural ship offering two-night adventures from Florida to the Bahamas