This spring has been full of wonderous drag racing events, causing a major world record spill in the process. We’ve seen drag radial racers put down the 3.4-second ET for the 1/8 mile, Toyota Camry Funny Car smashing the record not once or twice, but three times, and more. So, is there room for additional improvements?
19 photos

During this time, a lot of things happened, with particular emphasis on the up and coming Pro 275 series, which is also why we’ve embedded below a video from the CompetitionPlusTV YouTube channel in case you’re ready and willing for a little recap of the action.

But we’re actually here to focus on a particular entry with help from TheRacingVids: Fletcher Cox’s drag racing team and his Jon Salemi-tuned, Roots-blown 1968 Chevrolet Camaro. The menacing all-black ride was driven by Shawn Robert Ayers (you can also check out an interview with the two taken after the deed was accomplished) to a new Pro 275 world record with an elapsed time of 3.667 seconds and a trap speed of 203.61 mph (327.67 kph).

It seems the Philadelphia Eagles NFL defender tackles the drag racing world just as hard (pun intended), and this new adventure is confirmation that he means business. By the way, this season, Cox’s Pro Mod Camaro has also been driven by Ayers to victory in the Xtreme Pro Mod category at the NMCA season opener last month.

Now the supercharged ‘68 Camaro is allegedly only the second Pro 275 racer to reach the 3.6s zone after a ProCharged Mustang managed a very close 3.686 second run earlier the same day. So, what else should we prepare for? 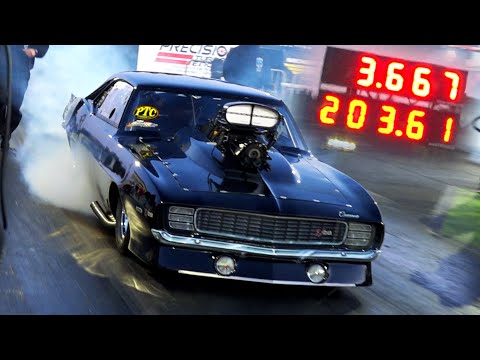 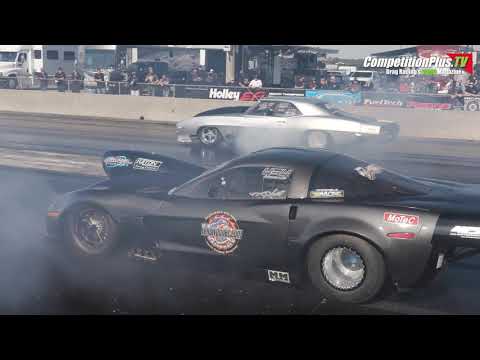