5 Is Chevrolet About to Hit a Sweet Spot With the e-AWD 2024 Corvette E-Ray?
Up Next

This Is How a Straight-Piped Dodge Challenger SRT Hellcat Sounds

Home > News > Editorial
Aurel Niculescu
For the nameplate’s real, spot-on 70th anniversary, Chevrolet took an electrified leap of faith into novel eAWD Corvette E-Ray territory, and I wonder if General Motors knows what it is doing…

Nevermind the fact that Chevrolet introduced the 70th Anniversary C8 Corvette Stingray and Z06 special editions last year, the 2024 Chevy Corvette E-Ray is the real present after seven decades of being ‘America’s sports car.’ Everything started in January 1953, when General Motors debuted the interestingly new ‘Corvette’ at Motorama in New York City.

The rest is history, with twists and turns, motorsport greatness and OEM downfalls, icons and legends, as well as a planet-wide cult following. Frankly, if you are to ask a Martian about an American car, chances are it will answer ‘Corvette’ with a grin. Or so I imagine, if I may be excused to project my fantasies. The gist is simple – GM and Chevy truly achieved stardom with the Corvette sports car.

And they also delivered a genius move recently when Team Corvette scratched everything and reinvented the C8 iteration with a mid-engine setup instead of the traditional front-engine RWD lifestyle. Now, they are moving beyond that with a couple of novel premieres – the first all-wheel drive and electrified ‘Vette.

However, the current global climate is a bit different from the moment of the C8 Stingray introduction. Now prices of everything – from a bottle of water to the latest island retreat are way higher than in early 2020, when the world did not even know that Hollywood’s apocalyptic scenarios regarding potential pandemics were just a novel strain of viruses away. Today, even a 2023 C8 Chevy Corvette Stingray kicks off at no less than $64,500 for the coupe, a quick markup from the $59,995 MSRP of the 2020MY.

The Convertible, meanwhile, costs at least $73,395 (instead of $67,495), and a 70th Anniversary Edition Corvette Stingray Coupe or Convertible will set you back no less than $84k and $91k, respectively. As for the bonkers FPC (flat-plane crankshaft) record-breaking 670-hp 2023 Chevy Corvette Z06, the damage to the bank account already fiddles with six-figure amounts. So, a Coupe kicks off at $105,300, and the Convertible is at least $114,195!

That’s a double ‘ouch’ from me. Alas, the 2.6 seconds needed to reach 60 mph/96 kph based on the “initial vehicle movement” of the Z06 equipped with the Z07 performance package may still be enough to persuade a lot of folks that this is the right kind of American supercar that could defeat a Ferrari, McLaren, or GT-R in just ‘wheel-to-wheel’ track combat. Especially when putting that 1.22 Gs of available lateral g force to good use.

And here I was hoping – just a few days shy of the 2024 Corvette E-Ray’s official introduction – that GM would allow Chevy to bridge the Stingray to Z06 gap with something that could hit the sweet spot, price-wise. Well, to put it plain and simple, I was (sorely) mistaken.

So, when the time was ripe to introduce “one like none” after 70 years, Chevrolet botched it up with a starting MSRP for the 2024 E-Ray of no less than $104,295 for the 1LZ Coupe and $111,295 for the 1LZ Convertible, respectively. Remember, this value “excludes tax, title, license, dealer fees, and optional equipment.” Plus, that little “dealer sets final price” gives a lot of leeway to more reports of incredible ‘surges’ once the first deliveries are underway sometime later this year. Frankly, I am a bit disappointed.

This is not because I think the E-Ray is bad – it’s probably going to be an incredible all-rounder and daily driver. Rather, I was innocently expecting Chevrolet to put its fans in the front seats instead of profits and come up with a five-figure MSRP that would create a nice pyramid of Stingray, E-Ray, and Z06 value. Instead, they set up the electrified AWD Corvette solely as an alternative to the Z06 – with one focused on year-round usability and the other on track-loving applications.

Luckily, there might be one chance of redemption. The 2024 Chevy Corvette E-Ray specifications include the LT2 6.2-liter V8 hooked up to a front electric motor with 160 hp and an additional 125 lb-ft (165 Nm) of torque. They both send the overall power of 655 proud ponies to all four wheels through an eight-speed dual-clutch transmission and the electric motor’s gearset to achieve the aforementioned eAWD setup. And the initial performance figures are not only on par with the Z06, but they are even better from certain perspectives.

Sure, the 1.1 G of lateral force is a bit smaller than on the FPC monster, but the 60 mph/96 kph sprint will last even less at 2.5 seconds (again, with “initial vehicle movement”). Plus, a talented driver – and I am sure there will be more than enough people dead set on achieving these numbers – might even duke it out with other feisty OEM foes and beat the bejesus out of them following a promised quarter-mile achievement of 10.5s at 130 mph (209 kph). Hopefully, GM was conservative, and the nines might even become accessible… 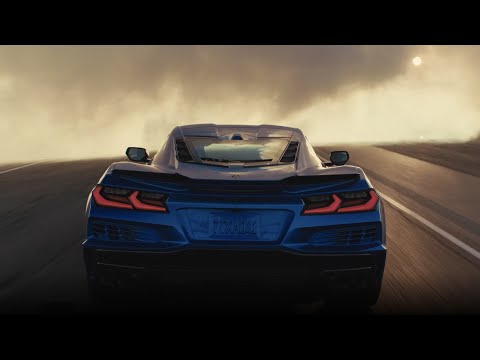