Maybe all the hype surrounding Blue Oval’s high-performance, dune-bashing, and rock-crawling SUV is warranted. But perhaps we should give the Bronco Raptor a moment of respite along with all the other juicy Raptors we heard about over the past week.

Imagine the Raptor overload. Over in Texas the limited-edition VelociRaptor 400 went into production and celebrated with a test drive by John Hennessey himself. Along with a drag race against a stock 2.7-liter V6 Bronco. One to show the obvious 411-horsepower to 310-ponies difference.

Then it was time for the 2022 Shelby Baja Raptor to shine crimson, complete with 525 horsepower and a price tag that will see many aficionados shed tears (of frustration, not joy). Naturally, the major Raptor announcement of the week was ultimately owed to the OEM Bronco Raptor. A highly anticipated extreme SUV, no doubt about it.

But we think that we should not give in to the first impulse. It was not the sole important outing across the automotive realm. Toyota has finally showcased the main three-row SUV that will ideally help Land Cruiser aficionados forget about the 300 series’ failure to reach American soil. It was the 2023 Sequoia, of course. Alas, we should first talk about a passenger car.

Yes, those are still a thing in North America. Albeit with decidedly cool twists, given that we are dealing with a special edition of the mid-engine, record-breaking C8 Chevy Corvette Z06. After some unstoppable leaks, GM finally detailed the 2023 70th Anniversary C8 models. Believe it or not, “America’s sports car” turns 70 next year.

Corvette enthusiasts already know the legendary Chevy celebrated 69 years since making the first public appearance at the GM Motorama in New York City. On January 17th, 1953, the crowds gathered at the famous Waldorf-Astoria Hotel to witness the show car that would turn into Chevy’s mainstay two-seat sports car. History was written, as the public loved the revolutionary fiberglass-bodied car.

Just six months later, the automaker was producing some 300 Corvettes for the 1953 model year. But that was only the beginning. Almost seven decades later, the C8 Corvette Stingray is flying off the lots faster than you have time to say mid-engine sports car. And the same (barring those pesky production constraints) will happen with the record-breaking naturally-aspirated FPC V8-equipped widebody Z06 version.

The track-focused variant, along with the “lesser” Stingray are both getting dressed up in 70th Anniversary Edition attire. The latter needs to be in 3LT coupe or convertible form to gain access to the goodies. Some will argue that it’s just a visual package that can be had with or without the Z07 performance package on 2023 Z06s. Yes, it’s all show and no extra go, but wasn’t there enough high-performance already?

As for Toyota’s 2023 Sequoia, there are a few competitors that might need to get some upgrades pretty soon. Ford’s Expedition, the Chevrolet Tahoe/GMC Yukon siblings, Jeep’s fresh Wagoneer, or Nissan’s Armada. They are all in for a rough patch once the Japanese automaker gets going with deliveries this coming summer.

Although, there is possibly one more unintended foe. Depending on the pricing difference, Lexus’ all-new LX 600 might get hurt. After all, the 2023 Sequoia has a few perks going for itself. One would be readily available access to a standard hybrid i-Force Max powertrain with 437 horsepower. Which is a bit more than what the 409-horsepower twin-turbo V6 LX 600 has to offer.

Another would be the three-row format, which gives ample choice to families with kids. And last, but not least, the near-luxury attack of both Tundra and Sequoia Capstones! The flagship trim makes it the most luxurious Sequoia to date, and clearly includes a lot of goodies. From 22-inch chrome wheels to open-pore American Walnut and from LED mood lighting to acoustic glass, nothing was forgotten. That’s going to be interesting... 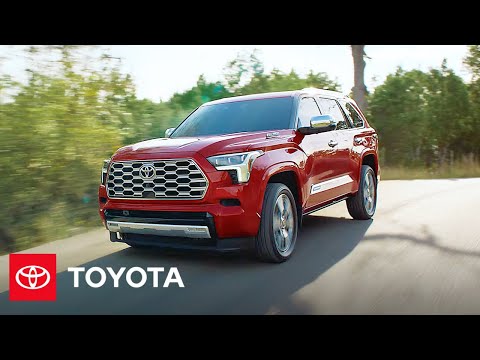 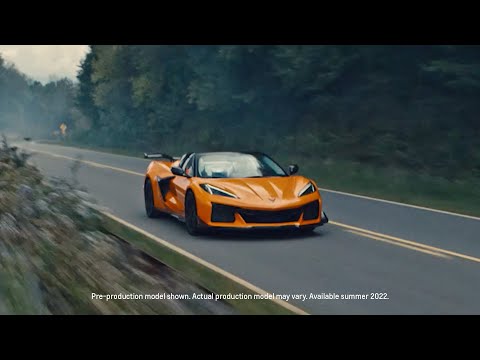