Cadillac's Project GTP Hypercar was revealed today, and it looks every bit as you would expect it to. In case you were unaware, it is the company's latest prototype race car, and it will compete in both the 2023 FIA World Endurance Championship and the IMSA WeatherTech SportsCar Championship.
10 photos

The American brand's return to competition on the world stage will come after a break that lasted for more than 20 years. Thanks to new rules in both the IMSA WeatherTech SportsCar Championship, and the FIA WEC, this racing car is eligible to compete in both, and Cadillac has entered it accordingly.

Cadillac has developed it with its design studio, its racing department, and the specialists at Dallara. The latter is involved in the development of these racing cars for the new class of prototype racing cars that will be able to compete in both endurance championships that we mentioned above.

This prototype racing car will be equipped with the common hybrid system that is shared with all the LMDh prototypes, and it will be joined by an all-new 5.5-liter DOHC V8 motor. The latter is expected to feature a form of forced induction, but Cadillac has not revealed specific details on the matter so far.

What has been revealed is the fact that its racing debut will be at the Rolex 24 at Daytona in 2023, while on-track testing will happen starting this summer. We expect Cadillac to reveal more about this racing car soon, as its development process moves on.

Some of the elements shown on this vehicle will trickle down to production cars, as we spot a few elements that resemble the Lyriq, but most will not, and that is normal.

There are a few styling elements on this prototype that will be seen on future Cadillac vehicles, but the Celestiq concept vehicle should have even more elements that will reach production than this prototype race car will ever get.

Regardless, the vehicle does have to resemble the American brand in a way that will benefit the company, which is why there are so many familiar elements to its look. 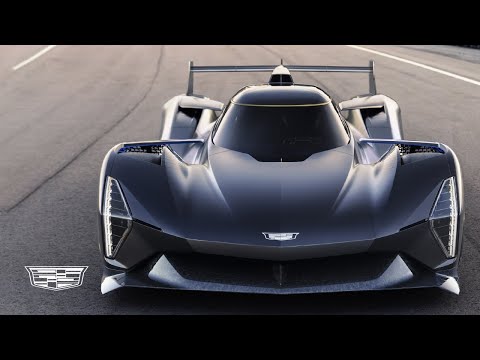