Although it’s not exactly on everyone’s mind when speaking about the dream automobile, Toyota’s Corolla just wrapped the 50th million delivery not long ago. And the compact series is getting a crossover sales boost.
143 photos

Following its initial official introduction more than a year ago, the 2022 Toyota Corolla Cross has now passed through all necessary stages. So, the U.S.-spec model was announced earlier this year in June, then it was time for the compact crossover SUV to make its official public debut at the Chicago Auto Show. Now there’s just one more step before it lands on people’s driveways.

Toyota’s North American arm has revealed the U.S.-assembled Corolla Cross will reach nationwide dealerships in October, with pricing starting at an MSRP of $22,195 for the front-wheel-drive base trim. Production will take place at the company’s all-new Mazda Toyota Manufacturing factory in Huntsville, Alabama – which is said to have an annual build capacity of up to 150k Corolla Cross units.

For the U.S. market, the Corolla Cross will be offered with just three grades: the base L, the mid LE, and the top LXE. Prices go up accordingly, from $22,195 to $24,545 and $25,325, respectively. That would be for the models with front-wheel drive, but no worries – the compact crossover SUV is also available with AWD. One just needs to add another $1,300 on top of the MSRP for each grade.

Modeled on the Japanese automaker’s TNGA-C platform, Toyota has equipped its 2022 Corolla Cross with a 169-horsepower 2.0-liter Dynamic Force Engine. A total of seven exterior colors are available, of which just the Wind Chill Pearl incurs an additional fee of $425. Meanwhile, each trim can have its distinctive interior atmosphere. The L is exclusively dressed up in Light Gray, the LE has the option of either Light Gray or Black, while the XLE comes with Macadamia/Mocha or Black SofTex upholstery. 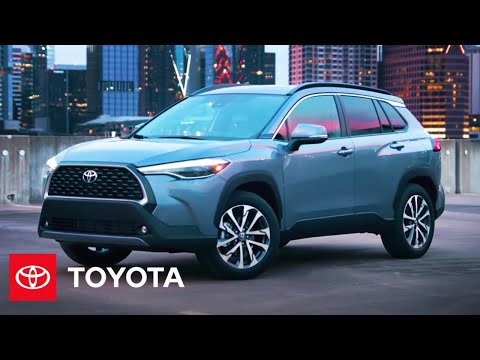