Folks dwelling across the northern regions of the American continent are just recently getting a renewed taste for the bite-sized pickup trucks. But these compacts have been all the rage in South America for years.
14 photos

Many automakers argued there really wasn’t a case anymore for smallish pickup trucks. But the successful market launch of the 2022 Hyundai Santa Cruz and the attention bestowed upon its upcoming 2022 Ford Maverick competitor paints a different picture.

And just taking a look at what is going on across the Latin American market, things are going to heat up in the compact pickup truck segment. In real life, Chevrolet’s new Montana is about to deliver a welcomed answer to the popularity of Fiat’s Toro and Renault’s Duster Oroch.

Meanwhile, virtual artists are also doing their part in stocking up hype for even more entries. Just recently we saw a possible new competitor from Ram in the guise of a unibody “1200” model designed to fight all Santa Cruz and Mavericks out there.

But that’s not all, because the automotive virtual tuner better known as Theottle on social media has also decided to present us with the vision for a unibody compact pickup truck. This time around, it’s a virtual Japanese representative joining the battle. So, Mitsubishi’s fourth-generation Outlander digitally drops the rear hatch and part of the roof in favor of more utility and a bed.

Which, coincidence or not, has some mysterious virtual DNA. Maybe it’s not exactly a secret, since the pixel master shows both the pair of official 2022 Outlander shots he uses for the digital composition, as well as the Santa Cruz templates acting as benchmarks for the pickup truck transformation.

Beauty is always in the eye of the beholder, but dare we say the result isn’t half bad at all. The quirky 2022 Outlander looks credible as a unibody compact pickup truck. And everyone knows Mitsubishi has enough experience building the body type via the Triton/L200 series. So, it’s not even that outrageous to imagine the company would one day take up a fight against Santa Cruz and Maverick in the U.S. 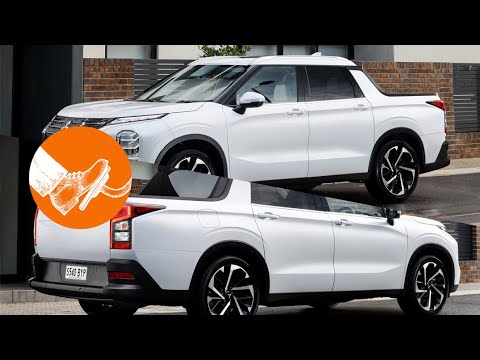