After strong performances since 2014, the company’s subcompact executive car, the 2 Series, is getting a boost in the form of the G42 second generation. German coupe fans can sigh in relief, the two-door has remained a compact rear-wheel drive-based sports car. Double that with the fact that designers refrained from slapping up front the controversial big kidney grille from the 4 Series larger sibling.
89 photos

But, in return, many will have a thing or two to say about the rear styling. As always, beauty is in the eye of the beholder, but we have a feeling that controversies surrounding the current BMW trend are getting new gossip material. Well, the M240i xDrive Coupe has already leaked in all its purple glory a few hours ahead of the official premiere, so most of us had a little bit of time to get accustomed to the new fugliness.

In case anyone wants to check out the “striking, extroverted styling” in excruciating detail, the automaker has prepared a huge batch of official photos alongside the initial specification info. It is quite complete, as far as we’re concerned (be sure to check out the press release down below).

As always, BMW has prepared visual aids with all the highlights (also in the gallery) and let us in on what’s coming soon and what should be expected a little bit later. For now, though, the emphasis is on the 255-hp 230i Coupe and the 382-hp M240i xDrive Coupe.

They are both slated to arrive at U.S. dealerships first but hold on to your summer plans with the 2 Series for 2022, because the German automaker has only slated the first deliveries for November 2021. Afterward, the company is performing a switcheroo, with the base 230i getting a taste of xDrive and the flagship M240i dropping the AWD system for some plain old rear-wheel-drive fun.

As far as prices are concerned, the newly introduced 230i Coupe starts at an MSRP of $36,350, while the xDrive-equipped goes for at least $48,550 without taking into account the additional $995 for destination. One last thing of note: both come equipped solely with an eight-speed Sport Steptronic transmission, but on the upside, BMW is also introducing a Launch Control function. 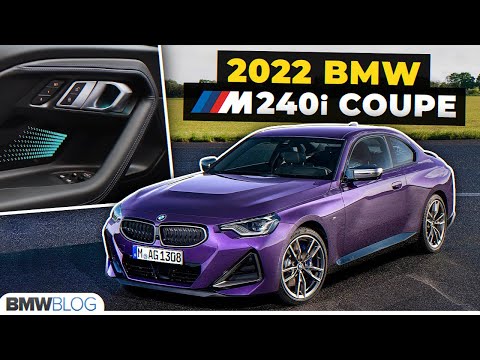 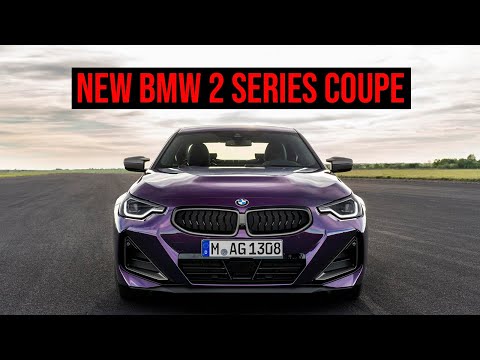