Home > News > Spyshots
Mihnea Radu
Volkswagen and Skoda are only days away from showing the all-new Golf and Octavia, two compacts that have basically already been revealed in one way or another. However, SEAT is being a little more secretive with the 2020 Leon, which is still wearing a bunch of camouflaged while testing at a familiar playground, the Nurburgring.
4 photos

Call us weird, but we're a little more excited about the Leon than the other two. Yes, it's probably still not going to have the best put together interior or the most practical trunk, but it's an underdog, and we like those.

The only bit that bothers us is SEAT's attempt to make the new Leon more premium and less "boy racer car." The outgoing model was classy enough, and the segment honestly needs something that handles nicely now that Ford took away the Focus' standard independent suspension.

While we won't know how it handles until it's available to drive in 2020, the Leon hatchback certainly looks sharp, right up there with the most design-led hatchbacks in the segment. Like the Kia Proceed, it's got wrap-around taillights, and the fascia is a lot like the Tarraco SUV.

We've already seen some secret shots of its interior and it promises to be way better than the old one, very modern and digitally oriented. This may not be the Leon for those who want a nice, cheap 2-liter engine or a 1.8 with 5 valves per cylinder. But in a relatively light chassis, engines like the 115 HP 1-liter turbo and 150 HP 1.5-liter will do a good job.

The latest emissions regulations deter any automaker from offering units with high outputs, a fact illustrated by the confirmed 245 horsepower output of the Cupra performance model, which lowers the numbers to levels not seen for a decade. And to keep those CO2 numbers low, the 4th Leon will have a hybrid for the Ecomotive model instead of a TDI, and at least one plug-in version. 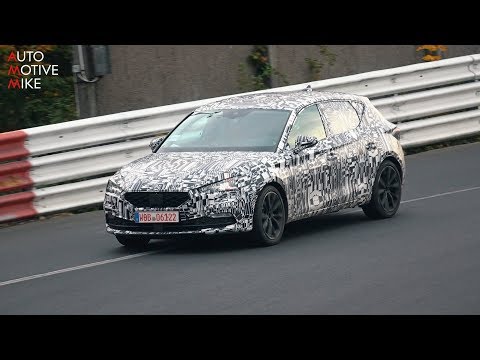