5 2020 Mercedes-Benz GLB Spied in German Traffic, Looks Like a Baby G-Class
Up Next

2019 Mercedes-Benz A-Class Launched, Becomes the Techiest Model in the Segment

Home > News > Car Profile
Vlad Mitrache
Mercedes-Benz has finally taken the last wrap off its new generation A-Class sedan during a relatively small event in Amsterdam, after showing us bits and bobs over the course of the last few months.
30 photos

The presentation was held by CEO Dr. Dieter Zetsche, and if you thought Elon Musk was a flat MC, then you obviously have never watched an event hosted by the big man at Daimler (with an equally big mustache). Let's just say the highlight of the evening was a pre-programmed joke, but even this wasn't delivered by Zetsche, but the new Mercedes-Benz Siri-like assistant.

The CEO called out the AI and asked it (or is it "her" already?) to tell him a joke. "Sorry," came the reply, "my engineers were German." Pretty funny, right? Auto-irony is always a good use of humor, and whoever wrote the script nailed it right in the head here.

The audience was made up of members of the press from all over the world, all gathered to witness the official launch of the fourth-generation Mercedes-Benz A-Class. The model has proven to be vital in the Stuttgart-based manufacturer's efforts to recapture the top sales position in the premium segment as the compact range accounted for over 620,000 units delivered during 2017.

As Dr. Zetsche put it, the A-Class has evolved pretty much the same as Brad Pitt's character in "The Story of Benjamin Button" movie as far as design is concerned, which is another way of saying it was born old and has been growing younger ever since. Indeed, the A-Class has undergone the most radical design change among any other Mercedes-Benz model for the previous generation, getting a complete makeover that had nothing in common with the previous version apart from the name and the three-pointed star logo.

For the 2019 model, the company has built the new A-Class around two separate principles: "Go First!" and "Grow Up!" If it's starting to smell like PR mumbo-jumbo, that's because that's precisely what it is. What you're meant to take from this is that the A-Class has had a lot of firsts during its history, and the new model is going to take that even further, with the MBUX use interface given as the most obvious example, including its augmented reality feature.

As for the second part, the growing up, that's even more obvious. Well, it actually covers both aspects of the expression: the physical one, but also the way the car feels. Zetsche says A-Class will feel like a C-Class on the road thanks to separating the body from the chassis and giving the hatchback a ride quality that's unparalleled in the segment. Of course, we'll have to check this out for ourselves, but we'd be surprised (and it would also be a shame considering its looks) if the new car didn't behave and handle impeccably.

The 2019 A-Class will only have a selection of four engines at market launch, with three gasoline units and one diesel. The range will grow significantly in the coming months and years, with two AMG models expected as well as a plug-in hybrid.

The two entry-level models are the A200 (gasoline) and A180d (diesel). The former offers a power output of 163 hp whereas the latter only has 116 on tap. Their performance figures are as bad as you'd expect with the 0-62 mph (100 km/h) acceleration taking eight seconds flush for the A200 and a very underwhelming 10.5 seconds for the A180d. At the other end of the scale is the A250 with 224 hp and much more decent acceleration time of six seconds. However, rest assured, the truly interesting versions are yet to be released.

Anyway, at least for this early presentation, it was obvious Mercedes chose to emphasize the technology side rather than insisting on the powertrains. And it makes sense: the novelties in the engine and transmission department are far less radical than what the 2019 A-Class puts on the table in terms of technology.

There's no doubt the new model is going to be a success. The Germans are doing the right thing by focusing on the onboard gadgets and thus positioning itself as a leader in the field of connectivity. This will come even handier once the EQ sub-brand of electric vehicles is launched, but let's stick to what's at hand now and worry about that when the time comes. 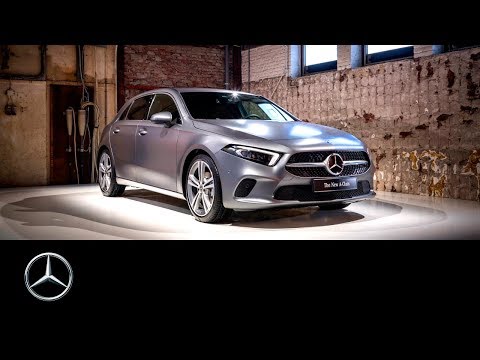 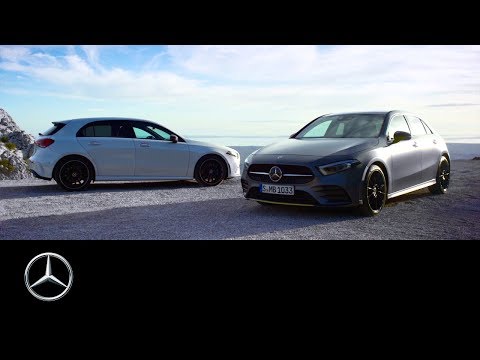