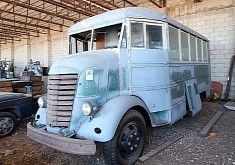 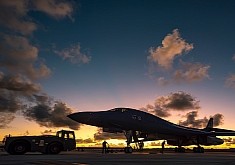 25 Sep 2019, 10:24 UTC · By: Daniel Patrascu / Ola Källenius has been confirmed to the new position. He will also assume the role of Chairman of the Supervisory Board of Daimler Truck

BMW Boss Harald Kruger to Leave the Company After 27 Years

5 Jul 2019, 13:12 UTC · By: Daniel Patrascu / BMW CEO Harald Kruger to step down in the near future, his replacement to be decided at a BMW board meeting taking place in August

22 May 2019, 14:04 UTC · By: Daniel Patrascu / BMW trolls Dieter Zetsche by hinting that Daimler's CEO, finally free from his position, can safely drive a BMW i8 Roadster

Dieter Zetsche to Step Down as Daimler Chairman, Ola Kallenius Will Replace Him

26 Sep 2018, 08:57 UTC · By: Daniel Patrascu / Daimler promotes Dieter Zetsche to the role of Chairman of the Supervisory board, his place at the helm of the management board to be taken by Ola Kallenius.

2019 Mercedes-Benz A-Class Launched, Becomes the Techiest Model in the Segment

2 Feb 2018, 19:23 UTC · By: Vlad Mitrache / The German carmaker is making itself a name to be reckoned with in this new automotive scenery where technology is more important than pretty much anything else

19 May 2017, 11:14 UTC · By: Vlad Mitrache / If Tesla's Elon Musk is a fan of the short Twitter messages, Daimler's CEO doesn't shy away from letting his literary talent shine on LinkedIn

2 Feb 2017, 18:01 UTC · By: Sebastian Toma / Dr. Dieter Zetsche, the boss of the Daimler Corporation, has expressed his belief that the company will be ahead of its rivals when sales are concerned

Mercedes-Maybach SUV Confirmed By Daimler CEO, But That's It For Now

10 Jan 2017, 17:42 UTC · By: Sebastian Toma / Dr. Dieter Zetsche, the boss of the Daimler Corporation, has announced confirmed that a Mercedes-Maybach SUV will happen. It's not going to be launched soon

9 Jan 2017, 17:41 UTC · By: Sebastian Toma / Mercedes-Benz has confirmed plans to expand its compact car lineup with three new models by 2020, on top of the replacements of the ongoing products

12 Oct 2016, 16:56 UTC · By: Vlad Mitrache / Daimler has just announced the launch of an entirely new brand, and one that deals with an relatively new type of propulsion. This is going to be expensive...

Future Mercedes-Benz Cars Will Do the Chores You Hate

5 Sep 2016, 12:15 UTC · By: Vlad Mitrache / Daimler CEO, Dr. Dieter Zetsche, provides us with a vision of the future that's both enticing and a little scary. Not as scary as his mustache, though

7 Apr 2016, 15:32 UTC · By: Vlad Mitrache / Well, at least somebody's starting to ask questions about the traditional car manufacturers' inability to come up with a decent EV for all this time

11 Feb 2016, 12:09 UTC · By: Vlad Mitrache / 2015 was the year Mercedes-Benz leapfrogged Audi to move into second place in the premium market chart, but now it says that bigger volumes aren't everything

25 Jan 2016, 19:40 UTC · By: Alex Oagana / The Germans seem to be prepared for the upcoming onslaught of driverless cars from the IT industry. There's also a great deal of mutual respect involved

18 Dec 2015, 10:01 UTC · By: Vlad Mitrache / Finding the right man for such an important job can make the difference between becoming number one or just another car maker lost in the pack

Daimler's Dieter Zetsche Says He'd Love to Be Replaced by a Woman, No Successor in Sight

11 Dec 2015, 17:19 UTC · By: Sebastian Toma / Dieter Zetsche, Daimler's CEO, is expected to retire in a few years. Without a plausible successor in sight, Zetsche claims he'd like to be replaced by a lady

Mercedes-Benz Talks About “Industrie 4.0,” the Next Step in the Industrial Revolution

24 Aug 2015, 11:53 UTC · By: Vlad Mitrache / Cars and smartphones are beginning to have more and more things in common, so the involvement of Google and Apple in the car industry seems imminent

27 Jun 2014, 17:48 UTC · By: Alex Oagana / As we reported earlier this week, an agreement between Daimler AG and the Renault-Nissan Alliance surrounding a new co-production contract was to be made in the upcoming weeks, but it seems that the...