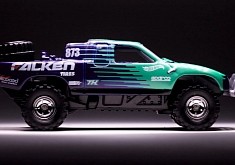 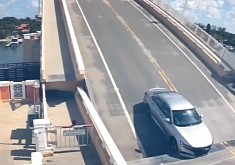 31 Jan 2022, 12:57 UTC · By: Sebastian Toma / With Gulf Formula Elite becoming the first fill lubricant in all McLaren Automotive vehicles, the British marque has brought back the famous Gulf livery

The Second Life of Beautiful, Historical Vehicles Is With an Electric Powerplant

2 Sep 2021, 21:11 UTC · By: Tudor Serban / Converting an old car to an electric one might be seen as blasphemy, but it is the only way to keep the old beauties running in the electric era

25 Apr 2021, 19:45 UTC · By: Silvian Secara / Gulf Racing remains a household name for any motorsports enthusiast to this very day; here’s a spectacular tribute to these racetrack legends

5 Aug 2020, 09:47 UTC · By: Daniel Patrascu / Thunderbike Gulf Edition is a custom frame with a Harley-Davidson engine painted in a Gulf Oil livery scheme meant to remind of Le Mans racers

25 Feb 2014, 13:17 UTC · By: Alex Oagana / This is not the first time that we find a Mercedes-Benz wearing what is arguably the most popular racing livery in the history of motorsport, but this is certainly the first one whose owner is surpr...

20 Apr 2011, 22:55 UTC · By: Daniel Patrascu / A high-performance gull-wing in Gulf livery... That's what will see starting this week is you happen to pass through the doors of the New York International Auto Show and enter the fantasy worl...

1 Feb 2011, 15:53 UTC · By: Alina Dumitrache / A new collection of racing cars, dubbed the ROFGO Gulf Collection by Duncan Hamilton, will be presented to the public tomorrow (February 2nd) at the Retromobile event. The collection comprises no le...