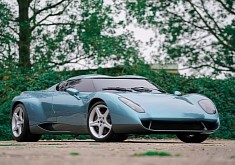 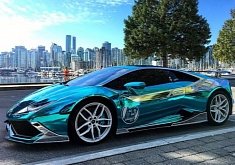 Europe Car Sales Drop to the Lowest Point Since 1996

2 Jun 2022, 09:09 UTC / Kia US brings good news regarding its sales evolution and various awards it has won so far, but also a surprise for this summer

6 Apr 2022, 21:59 UTC / The SMMT has revealed new data for new car registrations in the United Kingdom, confirming this was the weakest March in 24 years

If You're Looking for a UK or European-Spec Collectible Car, We Have News for You

10 Jan 2022, 11:40 UTC / Bonhams is preparing its launch on the American continent, and while the auctions are not available yet, you can still take a look at what do they have to offer

31 Dec 2021, 19:46 UTC / Analysts warn that the used car price bubble may burst in 2022. Many could find themselves with overpriced second hand cars on their hands

15 Nov 2021, 15:02 UTC / Nissan first reported signs of profits on November 9th when they announced their July-September quarter revenue reports with sales up 1% in Asia

I Want to Buy a Car but Where do I Start?

30 Nov 2020, 22:25 UTC / If you're looking to buy a car and having a difficult time with it, this guideline is bound to help you get closer to the right decision

This Is Big: Diesel Sales Fall Behind Electrified Cars in Europe

29 Oct 2020, 19:39 UTC / Once the cradle of diesel-powered cars, Europe appears to be turning its back on them after many years of heated love affair

17 Jul 2020, 08:39 UTC / According to ACEA, the Old Continent still feels the pressure from the ongoing economic crisis, but June figures have painted a more optimistic picture

BMW Bets on the Younger Generation, to Cut Workforce Some More

19 Jun 2020, 09:23 UTC / BMW announced a new set of measures meant to improve the company’s earnings and preserve the "capacity for innovation in the long term"

European Car Sales Drop in February to Lowest Level Since 2015

Tesla Model 3 Is a Locomotive, Pulls the EU BEV Train to Record Sales

24 Oct 2019, 14:10 UTC / We expect to see Tesla leading the pack for the better part of next year, but it will likely not manage to keep up with the aggressive entrance of VW

Despite Adversities, Volkswagen Is on Track for Another Record Year

25 Sep 2018, 09:10 UTC / JATO Dynamics blames automakers for registering their vehicles as a means to circumvent the coming into effect of the WLTP testing procedure.

Toyota Beat Volkswagen. And That’s That.

Over 86 Million Cars Sold Worldwide in 2017, Record for SUVs