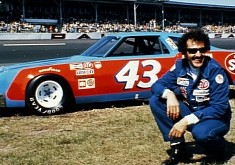 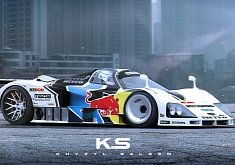 Mazda 787B Becomes a Drift Car in This Manic Rendering

3 Sep 2022, 21:20 UTC / The most recent version of Android seems to be causing more problems for Android Auto users, as a new notification shows up all of a sudden

2 Sep 2022, 22:17 UTC / Google has recently released an emergency update for Android Auto, and as it turns out, more fixes are apparently included

1 Sep 2022, 23:09 UTC / The voice commands that should help users launch Google Maps and configure a new destination no longer work on Android Auto

31 Aug 2022, 21:22 UTC / Users running Android claim they end up with a “driving app is running” notification on their devices when Bluetooth is activated

30 Aug 2022, 20:39 UTC / The world’s number one navigation app is misbehaving on Android Auto for a reason that’s pretty impossible to figure out right now

29 Aug 2022, 20:01 UTC / Android Auto fails to work properly on the Samsung Galaxy Z Fold4, and this fix could help get the application up and running

Android Automotive Will Allow Users to Run Android Auto, And It All Makes Sense

28 Aug 2022, 09:16 UTC / The new version is currently in the beta development stage, but it’s a good opportunity for testers to see what’s coming to the app

27 Aug 2022, 07:16 UTC / The Mountain View-based search giant says it has released a fix specifically supposed to address a glitch discovered less than two weeks ago

25 Aug 2022, 22:38 UTC / Samsung Galaxy Z Fold4, which is Samsung’s latest and greatest Android device, can’t run Android Auto due to what looks to be a widespread glitch

Android Auto 8 Starts Rolling Out, and Everybody Seems Disappointed

24 Aug 2022, 22:00 UTC / This is because the highly anticipated Coolwalk UI update is still nowhere to be seen, despite the promised summer launch

23 Aug 2022, 19:27 UTC / A new version of Android Auto has reached the stable channel, but when it comes to new features, most people could end up disappointed

Android Auto Updates Are a Huge Mess, And This Widespread Bug Is a Painful Reminder

22 Aug 2022, 21:21 UTC / A recent Android Auto update has wreaked havoc for so many users, as the app no longer launches on a growing number of devices

19 Aug 2022, 22:02 UTC / The search giant says a glitch that prevents users from picking up calls received while Android Auto is running isn’t actually caused by the app

17 Aug 2022, 21:23 UTC / If you’re encountering issues with Android Auto on a Samsung Galaxy S22 Ultra, you need to update the app to the latest versions

15 Aug 2022, 19:59 UTC / The idea is as simple as it could be: this is supposed to be the next Android Auto iteration whose purpose would be to compete against the new CarPlay

Volkswagen ID.3 Owner Compares It to a Tesla Model 3 Performance

14 Aug 2022, 11:04 UTC / The summer is almost over and the Coolkwalk update is still nowhere to be seen; no need to panic though, and here’s exactly why

14 Aug 2022, 10:25 UTC / Motorola has apparently increased the price of the MA1 Android Auto wireless dongle, as the device continues to be in hot demand