Jeff Bezos and Lauren Sanchez Enjoy Themselves on Tender To Yacht in St. Barts

Home > News > Auto Motorsport
28 Dec 2021, 00:24 UTC ·
by Stephen Rivers
Steve Rimmer is a motorsports fan to his core. It's what's driven him to create the Dirtfish Rally School. And it's that same passion that's ultimately resulted in his world-renowned collection of some of the greatest rally cars that the world has ever known. Justin Osmer of the Petersen Automotive Museum takes us inside this incredible garage.
6 photos

Dirtfish Rally School isn't your run-of-the-mill educational facility. Sure, your time there will always start off with classroom schooling. But it's the fact that you'll finish your learning with real-world rally driving that makes it special.

Deep in the heart of Washington State, the school features 27 miles of rally courses along with different surfaces like gravel, snow, and of course, dirt. At the same time, it also houses a gigantic and ever-growing garage of cars that get used for the school.

There is a number, though, that are in Steve's personal collection. As we get a glipse of them in the film, basically every rare street-legal homologation special is in attendance.

Steve walks us through some of them, including his Citroen BX4TC. Launched for use in Group B rally, the car never really found any success. In fact, Lancia tried to recall and destroy every example of the car making this one very special.

Then he moves on to the Renault R5 Turbo. It's basically the ultimate hot hatch with a big turbocharged engine in the back and go-kart handling. It had no problem being successful in the WRC. Still, it's not as lusted after as Steve's Lancia 037.

The 037 was the very last two-wheel-drive car to ever win a World Rally Championship before Audi and its Quattro took over. The rest of the collection will be highlighted in a future video and  focus on a few more modern rally cars.

We can't believe that all of these are sitting in one place, and as mentioned during the film, many get used on a regular basis. What a beautiful way to continue the incredible legacy these rally cars already have. 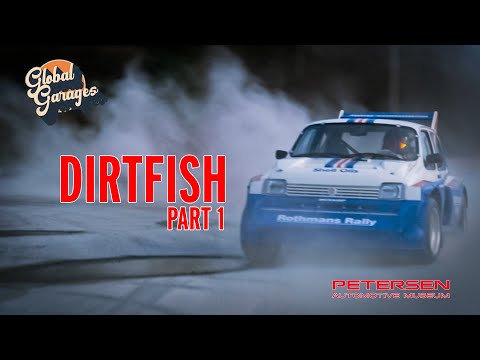