1 A New DeLorean DMC-12 May Come Sooner Than Expected, Courtesy of Italdesign

3 An In-Depth Look at the 2,000 PS Electric Drivetrain of the Lotus Evija

Vlad Radu
The tech wizards at Williams Advanced Engineering have joined forces with design powerhouse Italdesign to create one of the most advanced EV platforms on the market. Allegedly capable of developing over 1,300 hp and provide up to 621 miles (1,000 km) of range, the EVX modular architecture is set to become the cornerstone of future high-performance vehicles.
9 photos

While they are not going to build a new mind-blowing vehicle, Williams Advanced Engineering (WAE) and Italdesign have announced a new partnership that will provide premium automotive brands with a revolutionary high-performance EV platform codenamed EVX.

They state that what differentiates it from others currently available on the market is integrating components that are usually part of the body structure within the battery casing. Thus, the front and rear chassis structures are mounted to the carbon composite case.

In practice, that is just another way of saying that the battery will be a structural component of the chassis, something that all architectures specifically designed for EVs have in common.

A real difference is the materials used, mainly the carbon-fiber case. It is not something that we see on many mass-produced vehicles and will undoubtedly result in a lightweight structure with a very high torsional rigidity.

Additionally, the two companies have revealed that they will offer four base variations of the platform, which can be used as a building block for super GTs, crossovers, sedans, or convertibles.

What’s genuinely interesting about the EVX is that the core battery pack, designed in-house by WAE, can deliver 1,000 kW (1,341 hp) of power with 104kWh-120kWh of energy utilizing an 800v electrical architecture.

The British engineering company is one of the leading innovators in battery tech, providing systems for most global electric racing series, including Formula E, Extreme E, and ETCR. The company also supplies the 2,000-kW lithium-ion battery pack for the incredible Lotus Evija, so we’re not skeptical about those figures.

We’re also told that the flexibility of the modular design should enable an expansion of the pack that can enable up to 160 kWh for a potential 621 miles (1,000 km) range on a single charge. Of course, that is purely theoretical and depends on several factors like overall vehicle weight, the number and type of motors used, and other features that feed off electrons.

No details about the e-motors have been released at this time, but WAE representatives have stated that the platform will accommodate both RWD and AWD configurations.

The innovative modular platform can be customized by Italdesign’s styling team, which can also shape the bodywork of the final vehicle according to the requirements of each brand.

So, while the EVX is currently up for grabs by any carmaker who wants it, it’s worth noting that Italdesign has been owned by Lamborghini and thus the VW Group since 2010.

That leads us to believe that we’re looking at a platform that could potentially be used for the first-ever mass-produced Lamborghini EV. Rumors about an all-electric grand tourer surfaced a couple of years ago, so it will be interesting to see if it will become a reality. 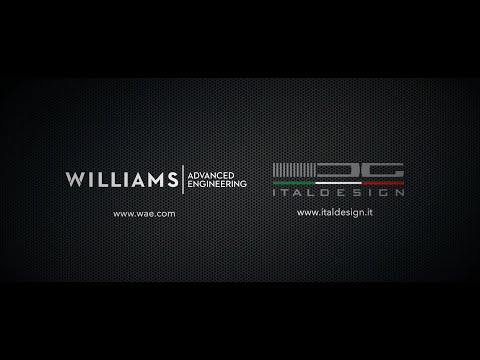