2 Google Street View Cars, a Closer Look Under the Hood

Last year was a very eventful one, in terms of new cars being launched, and some of the cars which debuted last year are not only important for 2012, but they represent a lot more for a much broader time span. Many new cars were launched, many were refreshed, restyled and facelifted, but out of the impressive crop of new cars, some are a lot more significant than others.

Why You Should Remember 2012

Home > News > Coverstory
Andrei Nedelea
Cars like the Ford Focus ST, which is the first Focus ST to be sold in the States, or the Mazda6, with is very special thanks to the solid engineering and design philosophy behind it, or even the Curiosity Mars Rover, which is easily the most advanced vehicle of any type, ever made.

However, after much debate and arguing in the autoevolution office, we have put together a list of the six most important new cars of 2012. We took into account the story behind them, the number of people they appeal to, their historic importance and even the way they make you feel, in order to get the best possible result. 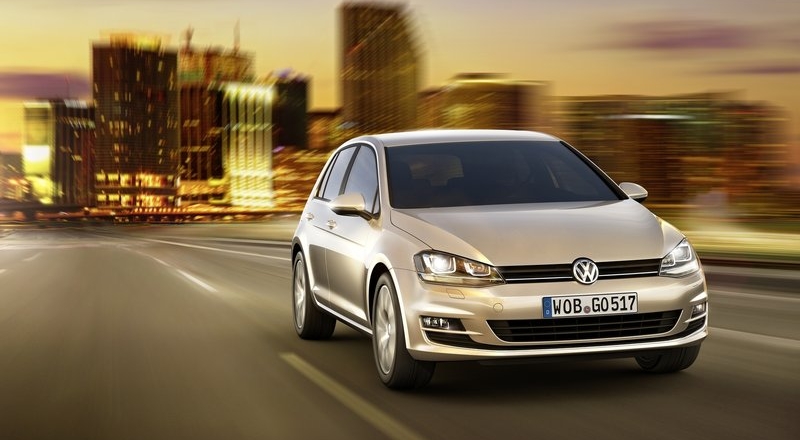 At number six, we have the seventh generation Volkswagen Golf, which is hugely important, as it is the benchmark hatchback, the best all-rounder and the one most other manufacturers are playing catch-up to. In its seventh incarnation, the Golf has grown slightly, and while it may not be immediately obvious, once you place it alongside a previous generation model, the size difference is more than obvious.

An aspect which pleases die-hard VW fans is the consistency of the styling language throughout the German giant’s entire range, and nowhere is this more evident than in the new Golf. It builds upon the old car’s restrained looks, and it feels to be better-proportioned and a bit more stylish – make no mistake, it is no looker, but the improvement is clear.

However, the new Golf’s main party piece is the stunning interior, which puts pretty much any interior of any car, even one or two classes above it, to shame. It uses high quality materials throughout, and with more clever design touches, and a more architectural approach to its design, the inside is easily its standout feature. 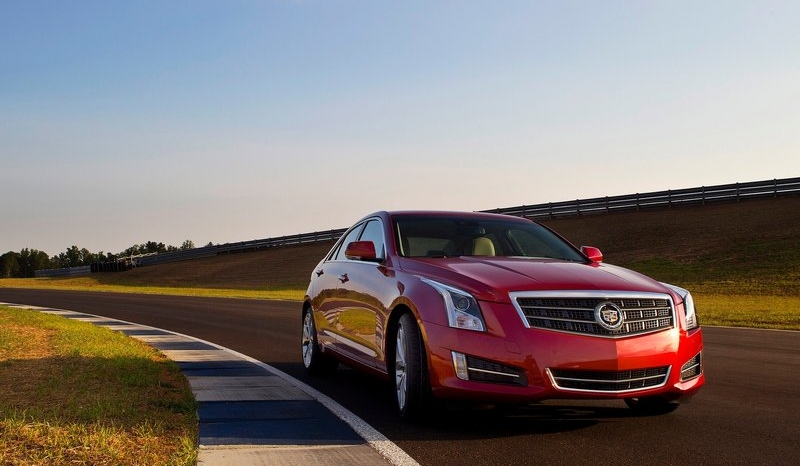 At number five, we have a very important car from America – the all-new Cadillac ATS, which is currently GM’s only weapon against the mighty BMW 3-Series, which has been setting the trend for many years now. The ATS is a stylish, well-built and fun to drive compact exec, which proves that when and if GM and Cadillac want to make a properly good car, they are more than capable of delivering.

In the comparative tests against the 3-Series, the ATS comes a very close second, but all the reviewers who have had a chance to take it for a drive, have been hugely impressed with what the car feels like on the move, the surprisingly high quality of finish in the cabin and the strong 2.0-liter turbocharged petrol engine.

The ATS is by far and away the most competent Cadillac we’ve seen in years, and it truly deserves its place among the most important new cars of the year. It will sit in the range below the larger and yet to be launched XTS, yet some will undoubtedly prefer chucking in some optional extras and just buy a better equipped ATS, instead. 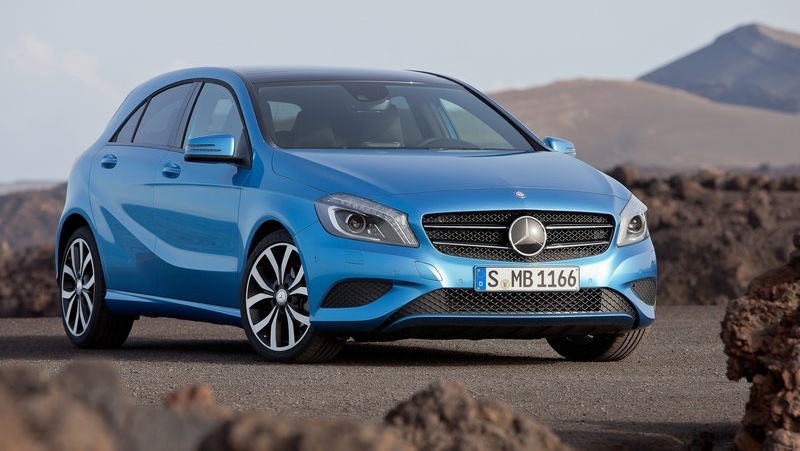 At number four, we have the all-new and dare we say it revolutionary Mercedes-Benz A-Class, which wipes the floor with the image created by the old car bearing the same name. Gone is the awkward MPV-esque styling, and tall profile, being replaced by a sporty and very modern-looking shape, which Mercedes-Benz hopes will reel in some younger buyers.

Its profile is low, its stance purposeful, the A-Class is truly a standout example in the premium hatchback niche, and while it may be a bit on the expensive side, when filled with optional extras, the entry-level model is a hugely enticing proposition, as discovered by those who tested that specific variant.

It ticks all of the right boxes, and it really breathes a new lease of life into an automaker which is known for making serious cars, for serious people, with a very serious cash balance. We would even got as far as to say it’s affordable (sans options, of course), and well worth a look if you are in the market for such a car. 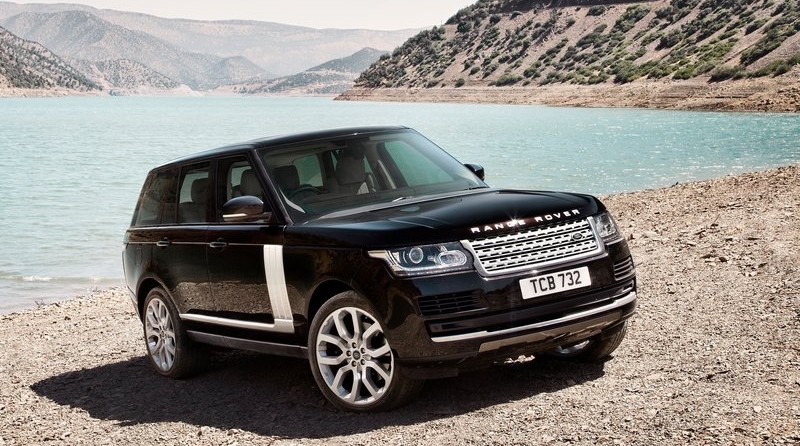 At number three, we have the all-new Range Rover, a premium SUV which has some really big shoes to fill, as its predecessor was just such a hit. It adopts all of the latest trends – it’s (400 kilos) lighter, more efficient, quicker, nicer to drive and its styling is a predictable evolution of what the old generation looked like, only brought up to date.

At first we did not really like the look of the new Range, but after seeing it in the metal, we can say that we were wrong to judge it from the press photos, as it is actually a very successful piece of automotive design. However, the design is not the most important piece of news associated with the Range, and the fact that it is considerably more efficient than its predecessor should clearly be the main headline regarding it.

Now, in the face increasingly talented rivals, we don`t really know if this new Range can match the commercial success of the previous model, this being the main test it has to pass. However, for this we will just have to wait and see... 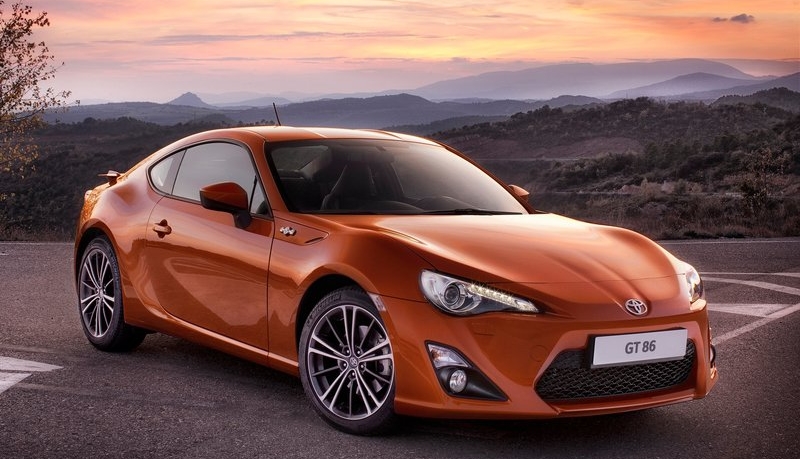 At number two, we have one of the best cars of the year, and one which can hardly be faulted, both in its conception and its execution. The Toyota GT86 slash Subaru BRZ slash Scion FR-S, a car which really blew us away when we first drove it. The sporty little rear-wheel driven coupe surprised us with its excellent chassis, ultra-nimble handling, and we even like the way it looks – it truly is a proper sports car in every sense of the word.

However, aside from being a truly great car, about which you can read more in our comprehensive test drive, the GT86 marks a turning point in Toyota’s history, and it is one of a handful of new cars which show that the Japanese manufacturer is very keen to shake off its boring but reliable brand image, in favor of a more youthful and new-age approach.

Along with the Lexus LF-A and IS-F, it is the spearhead into new and more interesting times for Toyota, and it has made us genuinely excited to see what they have in store next. A few years ago, you would not have heard anybody say this about them, so the shift is very evident. Even their range of new cars, including the Auris and RAV4 shows that they are changing. 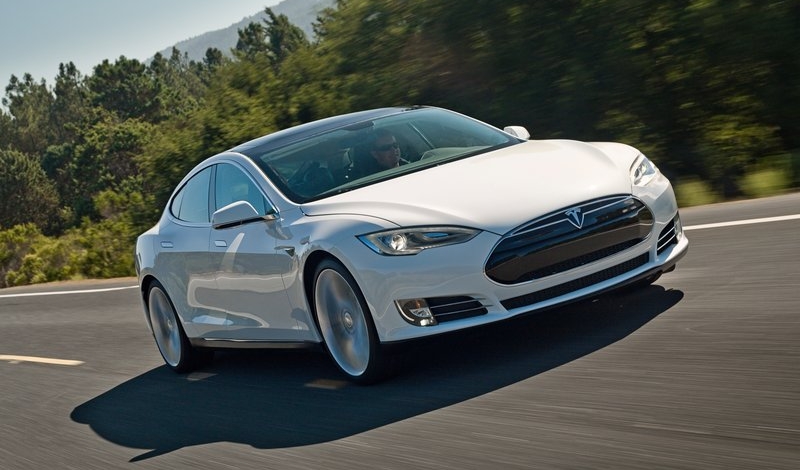 We finally reach the number one spot, and the car we have chosen as the most important (by far) is the Tesla Model S. Whereas the Toyota GT86 marked a turning point in Toyota’s history, the Model S marks a turning point in the entire automotive industry as a whole. It is proof that an electric car can and does work, even in the very EV unfriendly times we live in now, and it is a slap in the face for all mainstream manufacturers who go on and on about the cost of batteries, lack of demand or lack feasibility of the concept.

The Model S is massively important for that very reason, but what makes things even better is the fact that it is reportedly an excellent car (not EV). Taken separately, it is truly praise-worthy in most respects, but even as a car, put alonside mainstream rivals, it still holds its own, which makes Tesla’s achievement all the more important. In the automotive world, 2012 should be marked down as the year of the Model S.

This $168 Million Superyacht Is the Most Expensive Listing Right Now, and With Good Reason