1 Alfred Neubauer: the First “Don” of Motor Racing
Car video reviews:
Up Next

Mercedes Renntransporter - The Fastest Racing Car Hauler in the World 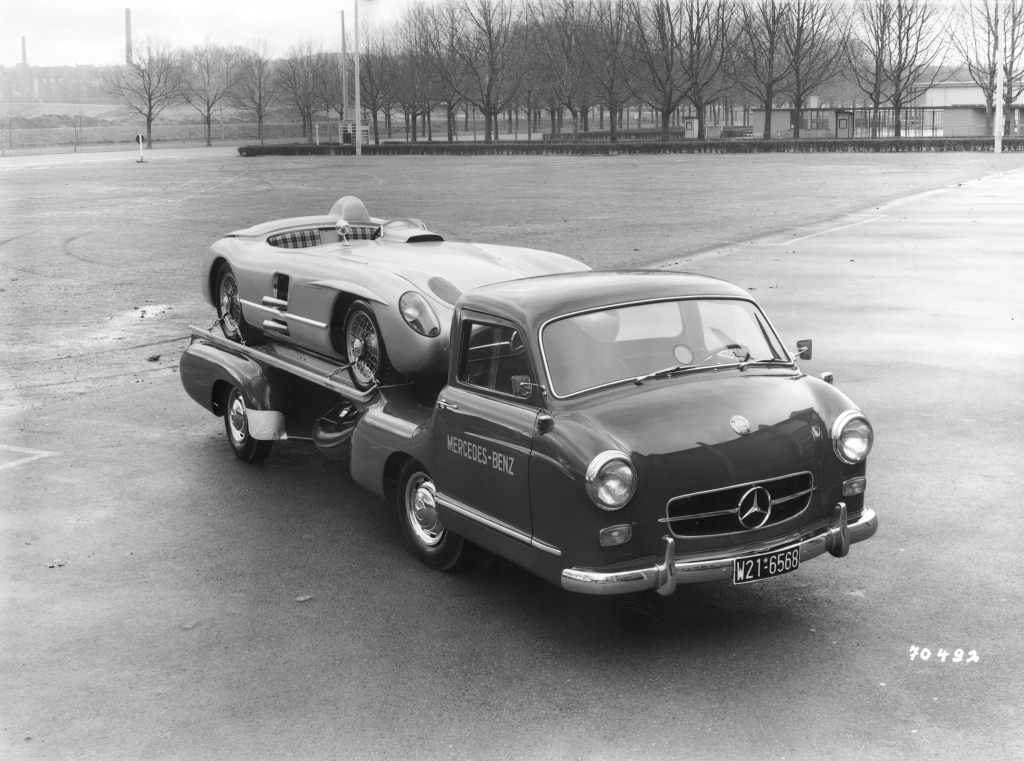 As far as 1930s European motorsport goes, the Grand Prix scene was pretty much "owned" by Mercedes-Benz and Auto Union, as most wins were split between the two German giants. Overall success belongs to the tri-star manufacturer though, and especially their unmistakable Silver Arrows (Silber Pfeile). Racing cars like the W25, W125, W154 and W165 made headlines as some of the best good-looking and most competitive Grand Prix cars in history.

Obviously, most of the glamour was shared between the aluminium streamlined cars and their drivers, since superstars like Rudolf Caracciola, Hermann Lang and Manfred von Brauchitsch - together with iconic team manager Alfred Neubauer - were constantly the talk of the town. Since Daimler-Benz also had the biggest racing budget of all its competitors, those times were also a period of ground-breaking innovation, from almost every point of view you can imagine.

A less talked about, or should we say less remembered innovation, was the introduction of racing car transporters. Mercedes-Benz' racing department was the first to come up with these special kind of trucks, which also acted as mobile workshops. The "Silver Arrow Rapid Deployment Team" - as we like to call them - consisted of specially modified blue Mercedes-Benz trucks, meant to ensure a fast and reliable supply chain from the factory where the racing cars where built to the circuit where they were supposed to win races.

Truth be told, most vehicles used for this purpose didn't exactly stand out except when carrying their precious cargo and maybe for their distinctive blue color, but something happened after World War II. After a few years of recession, Germany quickly recovered and so did Mercedes-Benz, who restarted their motorsport program in a spectacular fashion, also under the supervision of Alfred "The Don" Neubauer. Juan Manuel Fangio, Stirling Moss, Hans Herrmann and Karl Kling were the wind beneath the wings of the newly developed W194 and W196 racing cars, which quickly became as legendary as the original Silver Arrows.

To aid their cause, the racing car carriers also had to make a comeback, only this time few suspected it was to return with a huge bang. Among numerous other crazy but effective ideas, Alfred Neubauer was dreaming of fast racing car transporters to be used instead of regular modified Mercedes-Benz trucks. With this in mind, he demanded the construction of what was to become the fastest racing car transporter in the world - a title which it still carries today.

With a chassis that was based on the x-shaped tubular frame from a Mercedes-Benz Typ 300, the new renntransporter was both a joint engineering effort between different teams under the supervision of Rudolf Uhlenhaut and a melange of different Mercedes car parts. The engine and gearbox, for example, were transplanted from the 300 SL "Gullwing", while most interior fittings were borrowed from the Typ 180.