1 Lancia Stratos - The First Ever Purpose-Built Rally Car
Car video reviews:
Up Next

Allstate Sign Installations Warn Drivers to Look Out for Riders 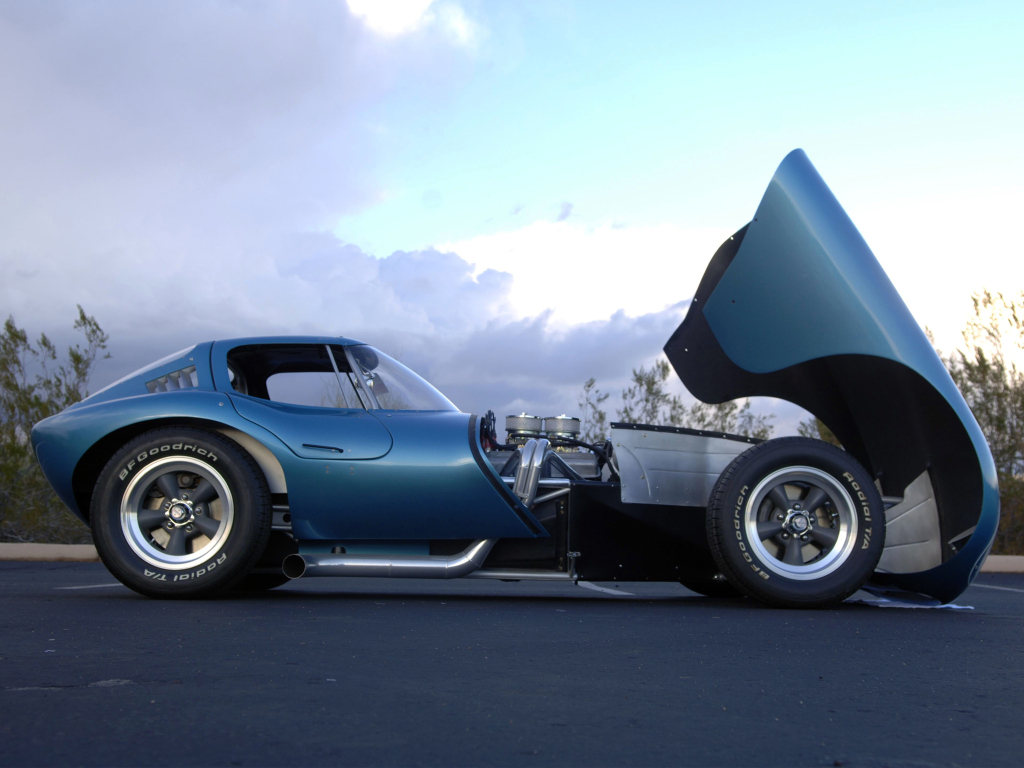 The SCCA (Sports Car Club of America) production class championship races were stormed in 1962 by the introduction of the now fabled Cobra. Originally called the AC Cobra and then the Shelby Cobra, as many of you know the car was technically a marriage between a light British roadster and an American muscle car powerplant.

Although factory racing teams were banned because of a mutual gentlemen's agreement made between the Big Three in the 1950s, the Cobra was receiving unofficial support from Ford, mostly consisting in engines and transmissions.

Before the British-American Roadster had appeared, the SCCA production car races were pretty much dominated by customer-tuned Chevrolet Corvettes. One of these Corvette drivers/mechanics was Bill Thomas, who had somewhat outgrown his backyard mechanic credentials and had already started his own racing team.

When the ultra-light and ultra-powerful Cobra began to completely obliterate its competition, Bill Thomas approached General Motors with an off-the-record demand. Hence the Cobra was receiving help from Ford, Thomas made a request for a similar arrangement with GM. He wanted the company's support in building a true competitor for the Cobra by using parts from the Corvette bin.

His request was thankfully granted by, so Thomas proceeded to build what was to become the Cheetah, a groundbreaking racing car to dethrone the newly-introduced king of the SCCA production vehicle racing hill – the AC Cobra.

Designed by Bill Thomas and his master fabricator, Don Osmond, the Cheetah had a pretty unconventional look. The only somewhat normal quality of the resulting car was the fact that it still had four wheels and was rear wheel drive, but other than that it looked like nothing else before it (or after it, for that matter).

In order to achieve a perfect weight distribution between the front and rear axles, the Corvette engine was pushed as far as possible towards the rear. So far, actually, that it didn't even needed a driveshaft. Believe it or not, the main reason for that long hood and pushed back cockpit was the fact that the V8 lump and gearbox were directly connected to the rear axle via a limited slip differential.

Unfortunately, this odd arrangement also translated in a horrifyingly hot cockpit. On top of that, the engine's left-side exhaust ran right above the driver's feet, so you can probably guess it wasn't exactly the most comfortable to drive car on the race track.

The craziness didn't stop there though, because Bill Thomas didn't just want a Cobra or Ferrari 250 GTO killer, but a true game changer in American production car racing. The engine's displacement consisted of a massive 6.3 liters, with the maximum power achieving over 500 HP.