Have you ever stood behind the wheel, stuck in rush hour traffic, day-dreaming about crushing hordes of the undead with your very own custom-modified, zombie-repelling vehicle? What do you mean no? Well, we did - lots of times - and as it will arise from the following article, we're pretty far from being the only ones. Firstly, we know that these types of articles have been done before, but truth is we never get tired of them, so we decided to write our own. Secondly, we also know there is no such thing as an upcoming zombie apocalypse, even though some people are advising you to always be prepared for any global emergency, including an all-out zombie outbreak. Whatever the actual truth behind the existence or nonexistence of such things as the undead might be, one thing is certain: if a zombie apocalypse is coming, you're in desperate need of stuff like food, weapons, shelter and, last but not least, a rugged vehicle. Most of those elements can be either quite easily obtained from various sources (supermarket and gun shops looting, for example) or built almost from scratch (decapitating war machete from steak knives and broomsticks, anyone?) even during a horrifying zombie attack. So, whether you're a zombie fiction fan(atic), the post-apocalyptic anal-retentive type or are just in it for plain old fun, we have comprised a list of vehicles that you might want to use as a sidekick in your very own zombie killing spree. When we first thought about it, it became clear that something like Robert Neville's  Ford Mustang Shelby GT500 isn't quite going to cut it when most roads will be filled with hordes of the undead, so the vehicles from our list need almost no aftermarket modification for the task at hand. To repel any zombie attack while also passing for a mobile command center, that is. The list is in no particular order, by the way. Mercedes-Benz ML 320 Jurassic Park Edition

On the plus side, you have speed, comfort and safety in one pretty small package, especially if you consider the other vehicles on our list. You could use the winch to build a steel wire trap, while all that bodywork armor could keep the undead away from the interior in just about any scenario.

The rather high ground clearance and all-wheel drive should also help in not getting stuck in a huge puddle of bodies dismembered by the aforementioned winch trap. If the name and description wasn't enough of a hint, it was built for The Lost World: Jurassic Park movie. 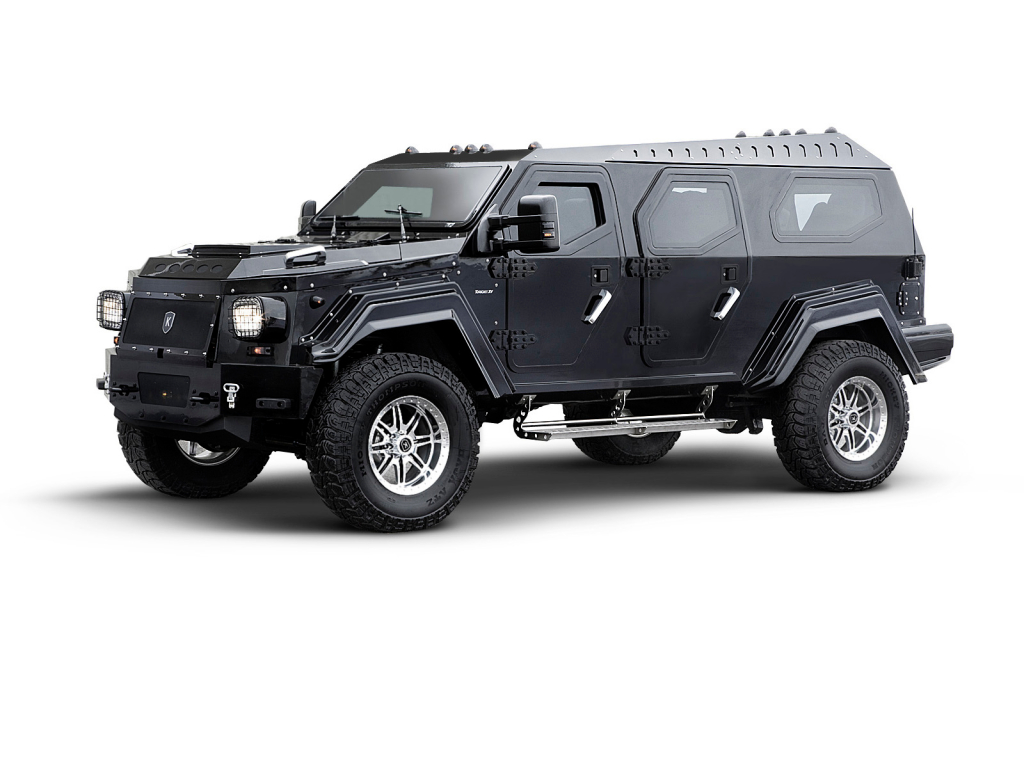 This four-wheeled armored luxury... let's call it SUV... is actually bigger than it looks in the pictures, trumping even the mighty Hummer H1 by quite a large margin. Extreme overall size and a high ground clearance aren't its only qualities for fighting off zombies though.

This baby has been designed as an armored car right from the start, instead of being retro-fitted with armor plating, so in other words it's just like a military transport vehicle but with a luxurious interior.

Since the exterior is build from nothing but steel, kevlar, various aramid fibers and of course ballistic glass for the windows, there is virtually no chance for those pesky zombies to enter the cabin if all the doors are closed.

While inside, you can relax your tooshie in the all-leather seats while checking out through the exterior video cameras (with night vision!) what's going on with the horde of foaming-at-the-mouth undeads. 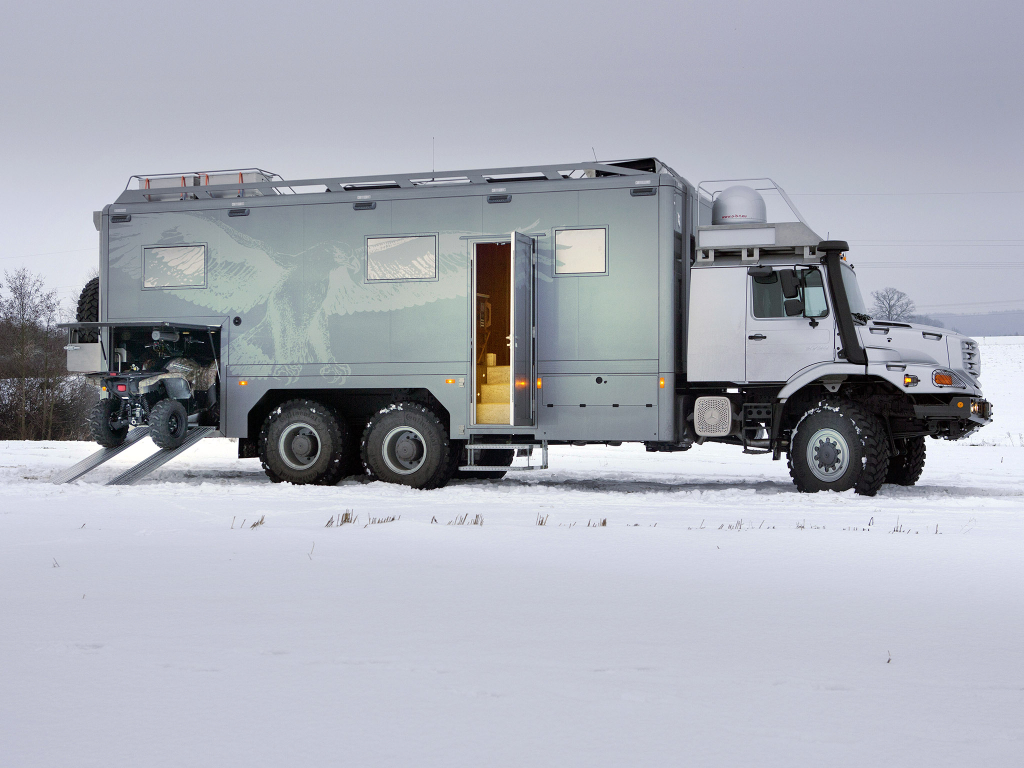 We know, this is the second Mercedes in our list, but we shouldn't be held accountable for the sheer awesomeness of this thing. Just look at the sheer size of it! Only two identical special versions of the already special Zetros off-road truck like this exist so far, but we bet that if you have the cash, Mercedes will build one for you too.

It was designed to be an expedition vehicle for two extremely rich wolf hunting buddies from Mongolia, so whatever vehicle fairs well in those types of conditions should do well enough by being substituted for a mobile command center during a zombie attack.

In case it wasn't obvious enough from the name, it is six wheel drive, three differential locks, enough ground clearance to pass over mountains of zombies and the interior is technically a luxurious apartment that can also store supplies for surviving months on end. 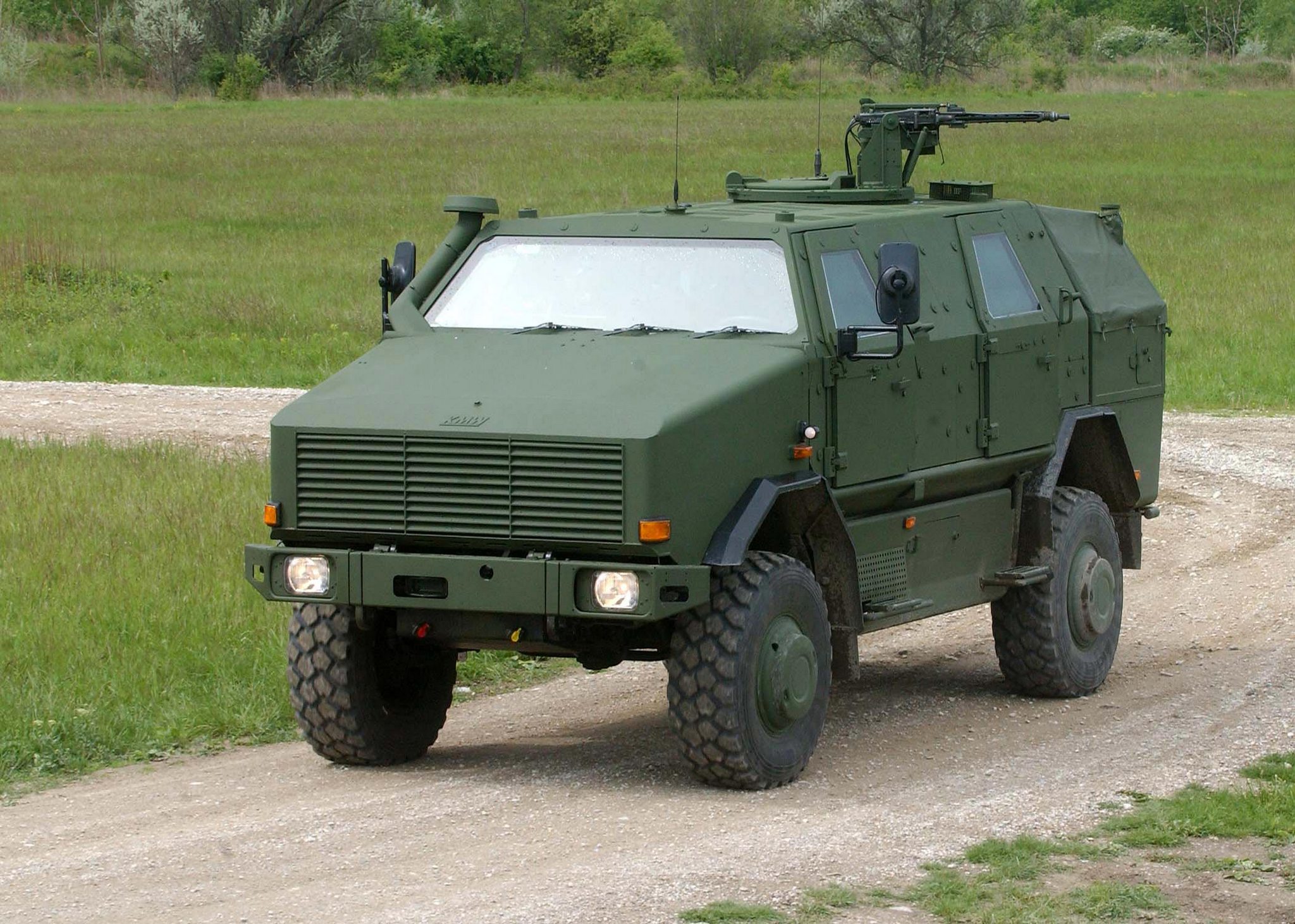 This little puppy is a heavily armored German infantry mobility vehicle. The ATF bit comes from Allschutz Transport Fahrzeug, meaning all-protected transport vehicle in German. We called it a puppy not because we're stupid but because it borrows its second name from the famous Australian native dog.

Although it's probably not that obvious from its photo, the Dingo is based on a Mercedes Unimog U 5000 chassis, but it's far more than just a really big 'mog. To resume its main qualities into a single phrase, the ATF Dingo is designed to withstand land mines, any type of bullet, some artillery fire and even nuclear, biological, or chemical agents.

We think that a few hundred or even thousand mindless zombies would pose a next to zero threat to you when driving this thing. Oh, in case you haven't already noticed, did we mention it has a friggin' machine gun on top of it, which can be controlled from a battle station within the vehicle?

So, beside keeping you as safe as you can be from any possible infected bite, this armored piece of genius can also help you mow down rows upon rows of zombies with a remote controlled heavy machine gun. Maybe the Dingo shot your zombie baby! 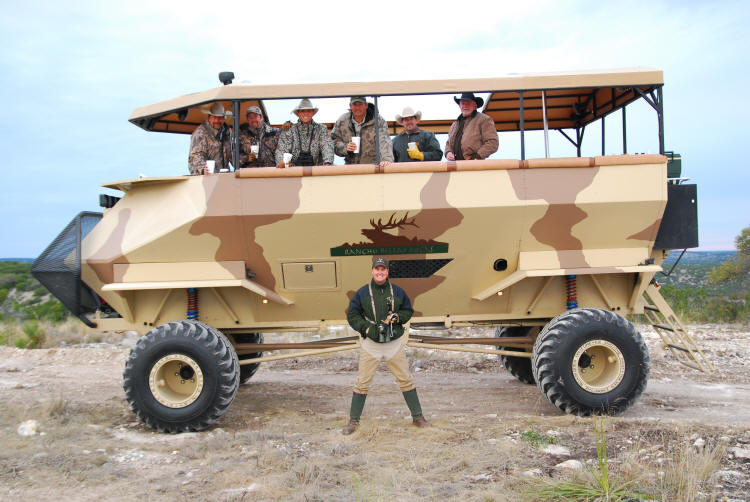 The last car on our list, in which you can actually have an excuse for liking a song like White Zombie's "Die, zombie, die"  while having a drink form the onboard bar is the Critter Gitter. This mechanical work of art was originally built for hunting somewhat larger than average animals, including bears and such, so it should work just fine for killing infinite numbers of zombies.

According to the builder's website, apart from the optional wet bar (yes, on a car) upstairs, the... thing... can be optioned with a custom poker table with any logo you want, a sink, refrigerator, margarita machine, a huge water tank, roof mounted remote control lights, front and rear night vision cameras, and a retractable canopy top.

On top of that, you can also fit it with all-round barbed wire, in the rare case some of you don't think the humongous height is enough to keep the undead away from the interior. Powered by a Chevy big block crate engine and with full-time all-wheel drive and all-wheel steering, you can also outrun the zombie hordes on just about any terrain you can imagine, since we don't think that poker and margaritas are a good substitute for braaaains! when the going gets tough.