2 Sleeper Chevy Malibu Smokes Them All at the Strip, Save for Unassuming Fox Body

17 Years After Its Debut, the Mercedes CLK DTM AMG Is Still an Epic Track Weapon

The Blue Oval’s SVT Cobra “love affair” with the Mustang lasted across just two generations. In the meantime, fans have seen a few interesting iterations, starting with the very rare final-year Fox Body version and culminating with the Terminator 2003 Cobra. The latter might be almost two decades old already, but that doesn’t mean anything for anyone willing to put out a great show at the drag strip.
12 photos

Just take a look at the countless Fox Body custom builds making spectacular quarter-mile passes all over America. Actually, there’s no need to search for an example, because this new video from the folks over at the Drag Racing and Car Stuff YouTube channel has us covered on both the Fox Body and Cobra fronts.

This feature once again focuses (both the old and new footage is embedded below) on Team Yerview Racing’s mean-looking 2003 Ford Mustang SVT Terminator Cobra. It’s a stick shift monster that has allegedly captured the world’s fastest title in its respective category. And it clearly shows its assets in footage taken from the recent Street Car Takeover event hosted in Martin, Michigan, on June 19th.

Remember, this is a manual transmission-equipped ride, so it’s even more important for the driver and car to become one during the quarter-mile skirmishes. Otherwise, the ETs would be all over the place, unlike this Mustang Cobra’s eerie runs that always end up in the vicinity of an 8.8-second result.

First, the Mustang goes against a vintage 1980’s coupe for an 8.82s to 10.01s victory. Then, it’s presented with the opportunity to seriously put to shame a modern Mustang GT with an 8.81s to 14.66s result. And, to make sure we understand that steadfastness is key no matter what, it also performs a flawless solo run with another 8.82s ET.

But, as it turns out during the stick shift finals, more custom tweaks besides the Whipple supercharger and a dip into the lower 8-second bracket are needed to give the rivaling Fox Body Mustang a run for its upgrade money. As such, the Cobra is bested in the end by the unassuming third generation with an 8.28s to 8.79s result. 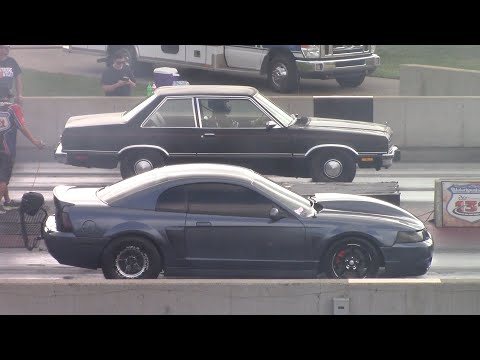 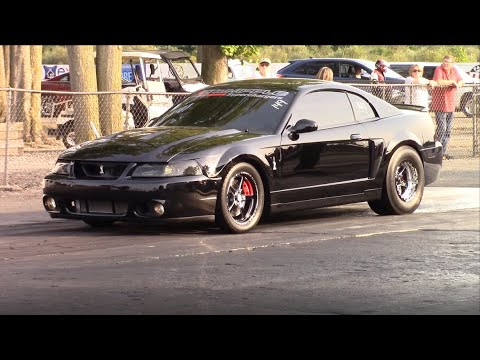