2 Rugged Stallone Rides a Bike on the Set of The Expendables, Fans' Excitement Grows

5 Xenotype Motorbike Concept Is Out of This World, Rocks the Cyberpunk Aesthetic
Car video reviews:
Coverstory

The “No Time to Die” frenzy has proved, once again, that movies and movie characters can be a great source of inspiration for custom or limited-edition vehicles, from cars to yachts and two-wheelers. One of the latest fiction-inspired models is a motorcycle that reflects the flamboyant spirit of General Izzi.
6 photos

It looks like Wesley Snipes is making a grand comeback, and it was about time he did. If you haven’t heard of General Izzi, you’re missing out. He is the character that Snipes is playing in Coming 2 America, an Amazon Original comedy that premiered earlier this year.

The original Coming to America movie came out over 30 years ago, starring Eddie Murphy. In the sequel, Murphy is joined by the legendary action movie star, who plays the part of General Izzi, the military leader of the fictional land of Nexdoria. Although not nearly as famous as James Bond, General Izzi was well received by the public and gained his fair share of popularity. So much so, that he inspired a motorcycle design.

Boom! Moto is an Oklahoma-based distributor, specializing in 100% electric motorcycles, bicycles, and scooters. As it turns out, the company’s owner, Jeff Holley, was determined to develop an electric motorcycle based on Wesley Snipes’ character, even before the movie had been released. After the film’s debut, which ranked number one in streaming for that weekend, Holley resumed discussions with the actor, for a movie-themed motorcycle.

"If you're gonna do it, do it 'Izzi style' and make it go BOOM!" - this “slogan” pretty much sums up the fun, daring look of this new motorcycle. The company hasn’t revealed too many details about it, other than the fact that it’s based on the EMB-R3 model that can reach a top speed of 90 mph, and a range of up to 100 miles. Equipped with dual disk brakes and 17” vacuum tires, the Wesley Snipes X Boom! motorcycle can be charged in less than eight hours.

If you’re wondering about the price, there is none, because this one-of-a-kind custom bike will be raffled off later this year. So, if you would like the chance to own a Wesley Snipes-approved motorcycle, all you have to do is sign up on the official website. 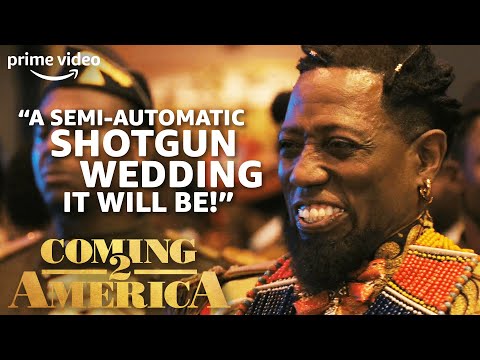