4 Volkswagen Golf R 20 Years: Most Powerful Golf Ever Will Make Your Neighbors Hate You

5 Volkswagen Golf R Faces Toyota GR Yaris on the Track, It's Tighter Than You Think
Car video reviews:
Up Next

Dover White 1956 BMW R50 Was Extensively Restored Inside Out, Looks Fit for a Museum

The 2022 Volkswagen Golf R “20 Years” special edition may cost more than a BMW 5 Series in Germany, but it is not without reason. After all, we are looking at the fastest member of the Volkswagen R unit around the iconic Nürburgring Nordschleife.
12 photos

And the German automaker has found a way to sell “evolutionary” as if orange is the new black in terms of a mix and match between everyday performance and absolute track madness. Now, there is no need to trust us – or even VW, for that matter. As they claim, “the stopwatch says it all.”

Thus, the new Golf R “20 Years” is not only an anniversary vehicle with all-wheel drive, an R-Performance package, and R-Performance Torque Vectoring. But it is also a Green Hell hoot – as it just improved the current Golf R’s lap time by no less than four seconds. Now, the clock has stopped at 7:47.31 minutes, on the 20,832-km version of the legendary racetrack.

It may not be all due to driver skill, as the limited-edition Golf R does come with extra perks, as well. For starters, the standard engine output is a tad higher at 333 ps (328.55 hp), it has optimized driving dynamics, and it is capable of sprinting to 62 mph (100 kph) in 4.6 seconds on its way to an electronically-governed top speed of 168 mph (270 kph). Plus, all the technical skills are getting better combined with the Driving Dynamics Manager.

By the way, in case anyone wonders about all the little tricks that helped the Golf R “20 Years” achieve the new lap record performance, VW gladly spills the beans in the press release embedded below. Alas, we are going to give you the highlights, just in case there is no time for the whole shebang.

So, the driver chose an additional “Special” driving profile (also new is the “Drift” option), there was a grandstand T13 flying start, and this little Golf R achieved speeds of almost 240 kph (149 mph) and 265 kph (165 mph) around certain points of interest, such as the “Schwedenkreuz” crest and “Döttinger Höhe.” 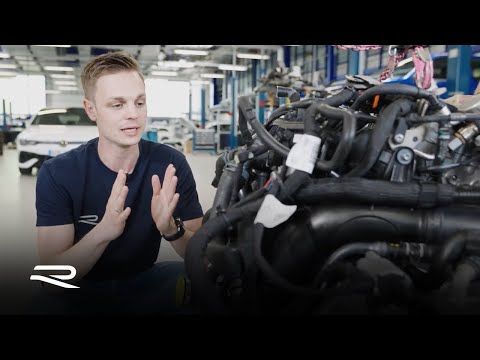