In production since 2010, the Amarok succeeds two models: the Volkswagen Caddy Pickup and Toyota Hilux-based Taro. Four- and six-cylinder turbo diesels are currently offered by the German manufacturer on specific markets, and the sportiest of the lot is called 580 after the rating for torque.
10 photos

All that grunt is channeled to a permanent all-wheel-drive system by an eight-speed automatic transmission, the good ol’ 8HP that ZF Friedrichshafen introduced in the BMW 7 Series from the F01 generation.

Over 200 meters (656 feet) of sand, the Amarok doesn’t break a sweat against rivals that include the bi-turbo diesel Ford Ranger and brand-new Mazda BT-50 pickup with Isuzu D-Max underpinnings. Organized by CAR Buyers Guide, the drag race in the featured clip sees the Nissan Navara cross the line fourth, the Mitsubishi Triton fifth, Mahindra PikUp sixth, Toyota Hilux seventh, GWM P Series eighth, and JAC T8 ninth. If some of those nameplates don’t seem familiar, that’s because the Mahindra is an Indian multinational, while Great Wall Motors and JAC Motors are both Chinese.

In tenth place, rather surprisingly, we have the Isuzu D-Max. The surprise factor wears off after a closer look at the front-end styling, which reveals the previous-generation model rather than the redesigned D-Max from 2019.

Turning our attention back to the Amarok, a ground-up redesign is right around the corner with Ranger underpinnings and oily bits. The Ford-Volkswagen collaboration also extends to the brand-new Tourneo Connect, which can be described as a 2021 Caddy with different styling and badges.

Even though it’s the quickest pickup of the lot, we have to highlight that Amarok sales leave much to be desired. Toyota sold 31,263 units of the Hilux in South Africa last year, followed by the Ranger with 18,846 examples. 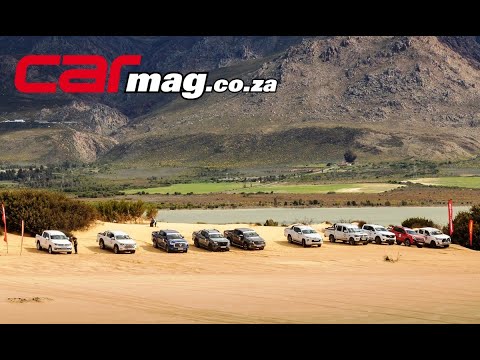