Cristian Gnaticov
Hyundai’s N Division has entered the Halloween spirit by releasing a funny video on its official channels. Don’t, even for a second, think that this is the typical clip centered around candy and pumpkins, because it has a horror movie theme and a big twist.
10 photos

At 1:45-minute long, it starts with a Paranormal Activity vibe, showing a young woman waking up at 10:31 p.m. on Halloween night, in the middle of a power outage. She checks her phone and sees that her friends are inviting her to “track or treat”.

Using the smartphone’s built-in flashlight, she makes her way around the house, revealing a spooky doll and a masked serial killer behind the curtain, only that’s not enough to scare her, as she acts like nothing’s there. Next, she finds the key to her Hyundai Elantra N and witnesses another horror movie-like scene before leaving the house.

In the next scene, the young woman steps inside the sporty model, starts the engine, and before you know it, screams like crazy. That’s because she just encountered an enthusiast’s worst nightmare, in the Korean automaker’s vision, though we reckon that there are far worse things that could happen besides… you know what? We will not spoil the end of the clip, because it is definitely worth watching.

We’ll get to it in a few moments, but before that, we will remind you that the 2022 Elantra N is also coming to the United States. The first units of the sporty compact car are bound to arrive at dealers this winter. Pricing is yet unknown, but it has been reported that it might kick off at around $32,000. 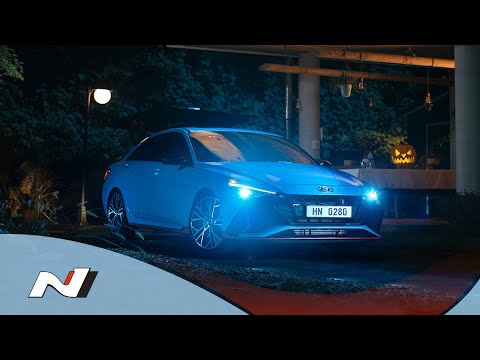