1 Tesla "Back To The Future" Looks Spot On

Amazon Music Goes Crazy on Android Auto Because Why Not

If you ever wanted to open the trunk of a Tesla using nothing else than a voice command, there are two pretty easy ways to do the whole thing, and both rely on your iPhone.
5 photos

As many know already, Apple’s Siri digital assistant is able to do all kinds of cool things, including in systems like CarPlay, and with the right instructions, it can also control a Tesla using a simple voice command.

The “Hey Siri” command is at the core of both commands, but one of them can be further customized to happen based on other triggers.

First and foremost, it’s the method that YouTuber Ryan Wallace proposed this week and which he demonstrated on his Tesla Model Y. This way of controlling certain Tesla capabilities, however, rely on a $25 iPhone app, which is without a doubt quite pricey but still does its job very well.

As Wallace demonstrated, opening and closing the trunk, locking and unlocking the doors, all works pretty smoothly with the “Hey Siri” command, although from time to time some lag still occurs. If this is something you can live with and you don’t mind spending $25 on an iPhone app to do the whole thing, then this is an interesting option.

But at the same time, you can use the Shortcuts app that comes pre-loaded on every iPhone running iOS 13 and newer to create automations that control your Tesla. A list of pre-defined shortcuts for Tesla cars is available right here on reddit, and it allows you to adjust climate settings, flash the lights, lock the doors, honk the horn, get the vehicle location, access charge state information, and open and close the trunk.

Importing any of these shortcuts on your iPhone is easy, as you just need to click the iCloud link to install them on your smartphone. After that, you can further customize them or just stick with this pre-defined configuration. 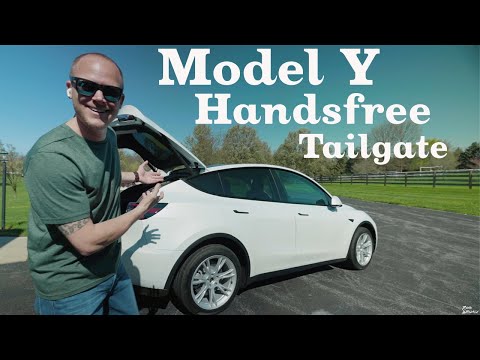