3 Transformers: Dark of the Moon Teaser

5 Transformers 3 Injury, a Freak Accident
Car video reviews:
Up Next 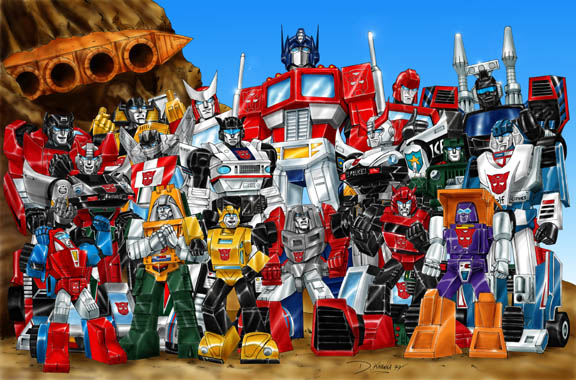 Steel smashing against steel, sparks flying all around, explosions and oversized robots shooting missiles, they all are getting ready to hit the cinema screens and change the history of mankind in the third installment of the Transformers series. The movie, as fans already know, will hit cinemas, in IMAX 3D on July 1, 2011.

We are to expect, as countless reports have been showing ever since shooting began, another Michael Bay epic, so epic that, at times, your eyes will probably not even have the time to clearly distinguish what really goes on in the gigantic clashes between the robots.

What we'll see on July 1 is where the Transformers are today, after 2+ decades of evolution of both ideas and technical capabilities used to recreate the robots. Caught in between the crazy effects of the 3D technology and the magic of cars morphing into two-legged robots, none of us really thinks about how it all began.

Today, if you ask anyone on the street what car Bumblebee is in the movie, all will answer Camaro. Few, perhaps none, remember that, originally, the cute yellow robot who can't talk was not American, but German. Not a Chevy, but a Beetle. A Volkswagen Beetle from 1967.

Or that Ironhide used to be a 1978 Nissan Onebox Vanette; that Sideswipe transformed from a 1974 Lambo Countach LP500S; or that Nissan is the brand with most cars chosen by the Transformers creators to personify their robots.

Luckily, thanks to the Internet and the people who like to keep track of things (the photos below have been made public by carinsurance.org), we can still remember. Check out the gallery below and learn more than Michael Bay taught us these past few years.