4 Would You Buy A French-Built Rotary Hybrid Motorcycle?

We are witnessing a boom in the electric bike industry these days, and it’s enough to visit any of the crowdfunding pages to see how many startups want to put their variant of how an electric personal vehicle should be on the market.
8 photos

Occasionally, one such project stands out from the sea of copied ideas or not so great designs and shines. Such project is the Avionics V1, which is an electric assisted bicycle that has been designed to look like an early 1900’s board tracker.

The startup’s story begins in 2015 when two Polish guys, Jaromir and Bartek, first met on a Baltic beach. They shared the same passion, both being adventure junkies who love nature and alternative transportation, so they started the Avionics company.

Design wise, the V1 looks pretty similar with an early Indian or Harley-Davidson. A tubular lightweight frame, a saddle, long rear-swept handlebars, and a round headlight. However, this is where the similarities end as the frame is not holding a big V-twin engine and there are other designs and structural elements that set it apart.

For example, an openwork frame holds the wooden saddle that hangs on a shock absorber. This construction defines Avionics as the leaf spring with its upper pipes of the frame suggests the wing section.

All the wood parts including the headlight casing come from the Jatoba tree, an exotic type that is extremely hard and difficult to process but which looks amazing and remains strong as steel over time.

However, the heart of the Avionics V1 is that wooden chest placed where normally an engine sits. This uses classic leather belts to get secured to the frame and holds the electronics and battery needed to power the rear wheel when needed.

The hub electric motor is a 5,000 W brushless unit which can output a maximum of 125 Nm (92 lb-ft) of torque. Yeah, that’s more than some motorcycles offer and this thing weighs just a tad more than your average fat bike.

Top speed is reached at 58 km/h (36 mph) and in Street mode the 24 Ah lithium-ion battery should last for 120 km (74.5 miles). Recharging it will take around 2 to 3 hours and the bike is also fitted with a brake energy recovery system.

There’s no price information at the moment, but you can sign up on Avionics’ website here for pre-ordering one starting this September. 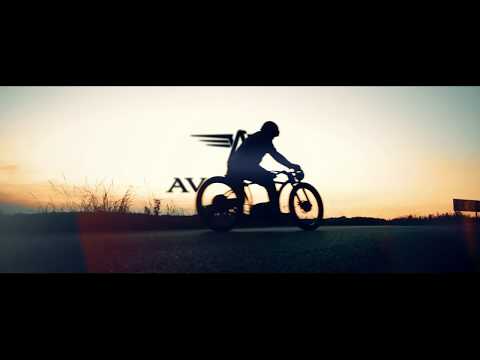