1 Take a Ride in the Unique McLaren Speedtail Hermes Edition

2022 Jeep Wagoneer/Grand Wagoneer Not Official Yet, but These Videos Show It All

Elena Gorgan
The supercar market offers plenty of choices, both for new and old cars. You also get a wide array of options if you’re more regionally specific, like, say, you only want mid-engined American-made supercars.
16 photos

You can now add this particular option to the list, even if you didn’t know of its existence before: a 2014 F7 from Falcon Motorsports. Falcon Motorsports was founded in 2009 by Jeff Lemke, an engineer and designer with experience in Dodge Vipers components, with the F7 Michigan-made supercar making its debut at the 2012 Detroit Auto Show.

Since 2013, only seven such supercars were made, but one got destroyed. This is chassis #3, and it’s being offered for sale at auction through Doug DeMuro’s website Cars&Bids. It comes with just 3,300 miles (5,310 km) on the odometer because it’s been used mostly as a display car, one owner, and a clean record.

Under the aluminum, carbon fiber, and kevlar monocoque chassis is a naturally aspirated 7.0-liter V8 engine from a C6 Chevrolet Corvette Z06 that produces 620 horsepower and 585 lb-ft (793 Nm) of torque. It sends power to the rear wheels through a gated 6-speed manual transmission. When new, this F7 boasted a 0 to 60 time of just 3.3 seconds, while the twin-turbo option, which produces a whopping 1,100 hp, did it in just 2.7 seconds.

The seller notes that #3 comes with a black and tan leather interior over a cherry red exterior, 20-inch Forgeline wheels, Kenwood CD player and JBL sound system, and Dashboard-mounted iPad. Flaws include some cosmetic scratches, a paint bubble on the hood, cracking and flaking paint, and damaged carbon fiber front splitter. The clutch and an axle shaft were recently replaced, and the engine has been retuned.

The car history’s is clean, and all maintenance was done in-house at Falcon Motorsports, though there is no documentation for it. The seller says it was done mostly as a favor.

For what it’s worth, Doug DeMuro’s reaction to this “unusual vehicle” that few have heard of before is a positive one: the car is “attractive,” reliable, and with availability for parts. Plus, “the absolute certainty that people will ask you what it is pretty much everywhere you go” is guaranteed. 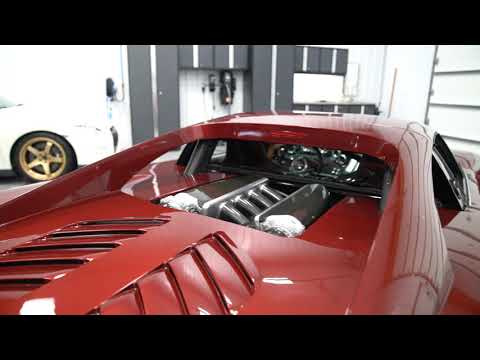 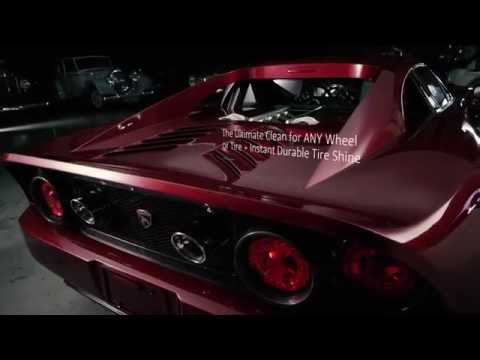