Home > News > Classics
Mircea Panait
One of the most celebrated sports cars ever produced, the Lotus Elan originally ran from 1962 through 1973. A front-drive model was launched in 1989, even though the timing couldn’t have been any worse due to the introduction of the Elan-inspired Mazda MX-5 for the 1990 model year.
37 photos

Excluding the +2 that ran from 1967 through 1975, Elan production totals just over 12,200 units. The green-painted example in the featured clips is a highly desirable S1 from 1965, delivered new in Canada. Presently located in Whitby, the fiberglass-bodied roadster is offered on Bring a Trailer with plenty of service records, a tool kit, accessories, a tonneau cover, manufacturer’s literature, and a Lotus Classic certificate of provenance.

Chassis number 26/3844 left the factory on August 13th, 1964, in Carmen Red, the 14th out of 15 series one cars for the Canadian market. All 15 were sold by Autosport Equipment Ltd. of Cooksville, Ontario. Currently rocking 39,305 miles (63,255 kilometers) on the clock, this particular Elan was tastefully reconditioned by the current owner. He acquired the Elan more than two decades ago. Pictured on 13-inch steelies that wear chrome hubcaps and Michelin rubber boots, this fellow had its brake calipers rebuilt and tie-rod ends replaced, along with the bushings and brake lines.

The brake master cylinder, wheel bearings, and springs were replaced as well. Equipped with adjustable dampers from Spax, the British roadster also had its original upholstery removed in favor of black vinyl. The heater control valve and heater blower motor were understandably replaced as well, along with the radiator core, fuel pump, timing chain, valve springs, engine mounts, rear differential mount, and the clutch master cylinder. 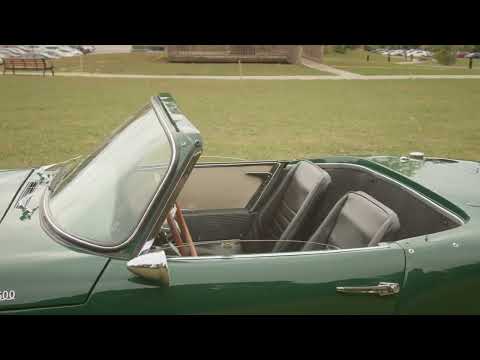