4 BMW Recalls iX and i4 to Update Infotainment System

Launched in 1972, the year BMW founded Motorsport GmbH, the 3.0 CSL is a homologation special based on the E9 family of coupes. Never sold in the United States, the inline-six legend was produced through June 1973.
25 photos

The Competition Sport Lightweight numbers a grand total of 1,098 examples, comprising 169 examples fitted with Zenith 35/40 INAT carburetors and 929 examples fitted with Bosch fuel injection. Chassis number 2275133 is a fuel-injected model produced in 1972, which stands out for a number of reasons. Obviously, the exterior paint finish really stands out.

Originally sold in Germany, the car was later shipped to Sweden. Refurbished under previous ownership, the car was ultimately imported to the United States. Acquired by the selling dealership earlier this year, chassis number 2275133 has clocked 60,622 kilometers (37,669 miles).

True mileage isn’t known, most likely because of the rotisserie-style restoration that included the oily bits. Currently located in California, the Ceylon Gold-painted 3.0 CSL features a Karmann-produced body. Augmented with aluminum for the hood and trunk lid, this fellow isn’t perfect. A few blemishes and some lighting issues are noted, although these imperfections are easily repairable. Described as excellent in the pre-purchase inspection uploaded on Bring a Trailer, the Bavarian coupe shows no signs of collision damage and no signs of rust in the spare tire area.

Presented with a crack-free dashboard, the car starts well cold and idles properly. The compression test shows two cylinders at 190 pounds per square inch and the others at 185 pounds per square inch. The cylinder leak-down test concluded at less than six percent, and there are no signs of engine oil or coolant leaks following a retightening of the valve cover bolts.

Equipped with a great-shifting manual transmission supplied by Getrag, the car is offered with a clean title, a set of aluminum door skins, European registration documents, and restoration photos. With nine days left on the ticker, the 3.0 CSL is currently going for $75,000 on Bring a Trailer. 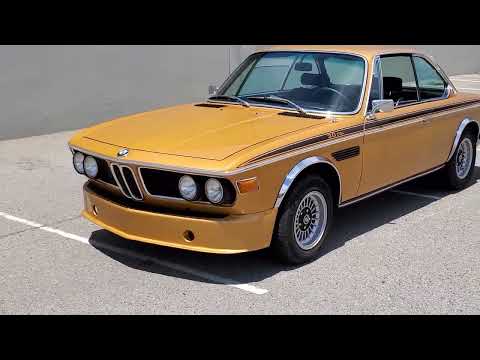 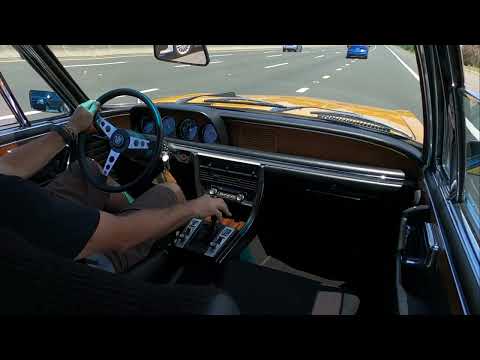