1 Marcel Is a Cute, Duck-Shaped Tour Bus That Also Floats, Packed With Tourists

2 Here’s Jay Leno, 71, Hanging Off the Nose of a Flying Plane Just Like Tom Cruise

3 The Amphicar 770, a Long-Lost Dream, Could Be the Perfect Vacation Vehicle

Why should you choose between a boat and a truck? Why should anyone have to deal with the hassle of towing a boat, when they could have a vehicle that would be just as easy to drive and use on the road as it was on the water?

The Boaterhome Is Half Boat, Half Truck and All RV: Perfect for Family Vacations

That was the idea behind the Boaterhome, arguably one of the strangest and coolest inventions ever, which still happens to be around today. August is Travel Month here on autoevolution, and we couldn’t possibly talk about summer vacation plans without at least one mention of the seemingly-perfect vacation vehicle for the entire family. And it’s not just for the summer, either: the Boaterhome was certified all-season.

So what is this Boaterhome? It’s an RV-type of vehicle that combines a boat and a truck into a single unit. So, while the boat still sits on a trailer, it’s not being towed, since it integrates seamlessly into the rear of the truck. It looks strange, alright, but the few lucky owners to still have one promise that the experience is comparable to driving a limousine, with an added bonus for convenience, comfort, and uniqueness.

The Boaterhome is not a new invention. Records are sketchy, but it seems that at least two such companies made a product like this one, with similar names. First, there was the Boaterhome made in Idaho, U.S., back in the mid-’80s, followed by the 1996 model Highwave Boatorhome 2000 made by Boatorhome Inc. from Ontario, Canada. The latter was first introduced at the Toronto International Boat Show and then, over in the U.S., at the 55th Miami International Boat Show. The reported price tag for it was of $180,000, which would be roughly $312,000 in today’s money, adjusted for inflation.

There’s no telling how many units of the RV each company made, but the consensus is that no more than 21 were produced altogether. Some still survive and are being used to this day. Others, in less than decent state, emerge ever so often on the used car market, where they’re quickly snapped up by collectors not afraid of a little elbow grease, willing to become the owners of a truly unique vehicle.

John Ortlieb from Nevada is one such owner; in fact, he owns two Boaterhomes, one left to him by his father and the other bought online from a junkyard. He made international headlines in 2019, when he did a few media appearances to show off his boat-truck-party bus combo, and you will find one such interview in the videos below. It also shows perhaps the best look at the inside of the vehicle, with John saying that the layout is the original one. On his father’s Boaterhome, he strove to keep everything as it was, even while upgrading; he says the vehicle is perhaps 70% original.

Regardless of which model we’re talking about, the vehicle was based on the Ford Econoline van (the E-350 series), chosen because it had front wheel drive, which helped with launching the rear end (i.e. the boat) at the ramp. The rear end is a double-axle trailer, part of the van, on which sits a 31-inch (79-cm) shallow hull boat with a Mercury Marine 200 hp DFI outboard engine, in the case of the more recent Boatorhome.

When reaching a ramp, the Boaterhome simply slides into the water and the boat part casually rolls off the trailer and into the water. Designed for lakes and calm weather, the boat can hit 40 mph (64.3 kph) on water. The entire rig can, at least according to John, travel comfortably at highway speeds, and even go as high as 100 mph (161 kph).

Another advantage of the Boaterhome is that it offers direct access from the cabin of the truck to the boat. Inside, there’s a full galley and a dinette that converts into a sleeping area, a bathroom with everything you need to live comfortably on the road (including a shower), and a living that doubles as the bedroom, with optional swiveling captain chairs. The interior is comparable to that of an RV, and the fact that you could move between the cabin of the boat and that of the truck further drove home the RV comparison.

Of the 21 units produced, some came with different layouts: photos online, some of which you will also find in the gallery, show that several units came as “double-deckers,” with a flybridge that doubled as cockpit and a tanning platform right ahead. All in all, one such floating RV offered accommodation for four to six people in total comfort and, according to Boatorhome ads, “with years of carefree enjoyment.”

“On land it’s a comfortable, smooth-riding motorhome, on the water it’s an exciting, action-packed cruiser,” Boatorhome said ahead of the 1996 launch, touting the all-season vehicle as perfect for a variety of uses, from search and rescue, to event location, and business HQ.

So this begs the question: if it was so perfect, what happened? Maybe it was the price that worked against the Boaterhome, or maybe it was the fuel efficiency. Or maybe, simply put, people were not ready for such an awesome and complete vehicle. The only thing certain right now is that the Boaterhome never caught on. 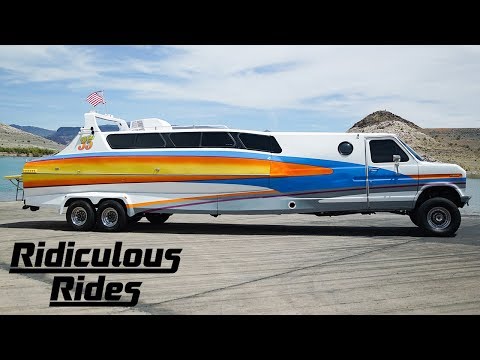 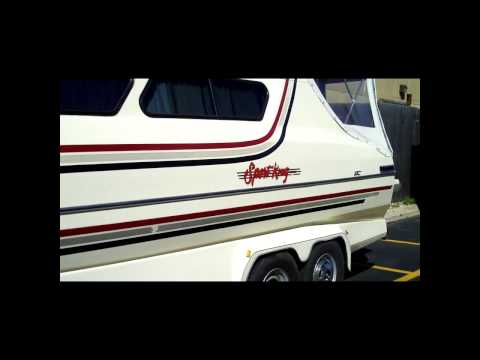 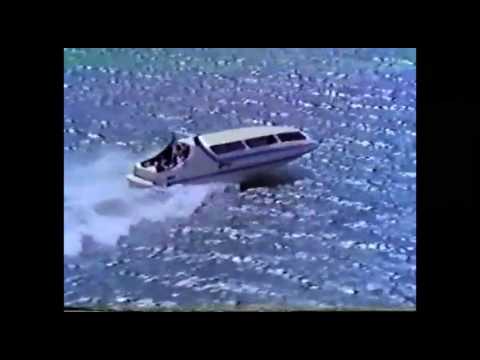