1 VanMoof Introduces the S5 and A5 e-Bikes: Smoothest, Easiest to Use, Perfect

4 RadExpand 5 Is Here to Expand Your Adventures, Whether in the City or on the Trail

5 The Real Roadrunner Is a Beastie Two-Wheeler That Packs Two Motors and an Enormous Battery
Car video reviews:
Coverstory

A string of recent studies has shown that owning an e-bike means longer rides and a higher frequency of outings. Far from cheating, an e-bike actually emboldens riders to go farther than they would with a pedal bike, which brings a wide range of benefits.
6 photos

That e-bikes are good for the environment is no secret either – if you compare them against passenger cars, which is standard practice. Switch the term of comparison to an old-fashioned pedal bike, and e-bikes are no longer the champions for cleaner air and decongested roads. This is where Swytch Bike comes in.

According to the London-based company, out of an estimated 1.1 billion bicycles in the world, 90% can be converted to pedal-assisted machines. Manufacturing an e-bike leads to over 200 kg (441 pounds) of CO2 being released into the atmosphere throughout its lifecycle, but if you convert an existing bike with a Switch kit, you’d only be responsible for a quarter of that. As a bonus, you get the option to ride whichever way you want with the least effort and not that big of an investment.

Since 2017, Swytch Bike has been selling two models of conversion kits, both in Eco and Pro mode: the Universal and the Brompton kit. Top speed is 25 and 32 kph (15.5 and 20 mph) for the Eco and Pro, respectively, with range going all the way up to 50 km (31 miles). That’s not a whole lot, but you only add a maximum of 3.5 kg (7.7 pounds) of weight to the bike (motor and battery pack), and still have the option to ride by pedal power alone as easily as before.

To make the transition between the two riding modes even smoother, Swytch will be offering a new battery pack, as part of the 2022 conversion kit, New Atlas reports. It’s smaller and sleeker, almost the size of a smartphone, tipping the scales at 0.7 kg (1.5 pounds), so half the weight of the current one. A full charge is achieved under an hour and, while it only offers 15 km (9 miles) of range, it’s suitable for carry-on luggage on flights.

On the upside, all Switch components are backwards compatible, so riders looking for a smaller battery pack won’t have to get the full kit if they already have a version of it. The kit includes the wheel with the motor, a torque shifter, the battery pack and connector, and a pedal sensor. Upgrading to the new battery pack will be a matter of just that: the media outlet says pre-orders kick off next month.

Pricing has not yet been announced, but for reference, a Universal Eco kit in full costs £999, which is a little over $1,300 at the current exchange rate. 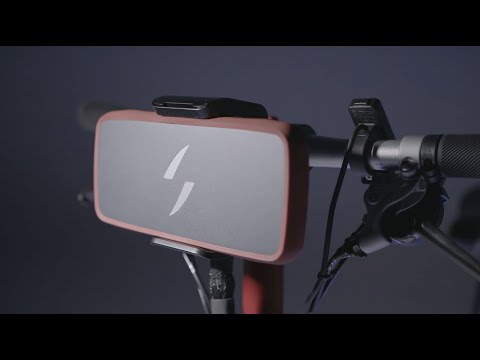