Home > News > Videogames
29 Jun 2022, 15:49 UTC ·
by Cosmin Vasile
Sunrise GP is an upcoming racing game developed by Garage 5 and published by Gamedust. The new title is expected to arrive on Nintendo Switch later this year. Although a release date hasn’t been revealed yet, one will be announced in the coming weeks, Gamedust hinted today.
7 photos

Officially unveiled back in March, Sunrise GP recently received a new trailer that offers fans a glimpse of what’s to come. An arcade racer at its core, Sunrise GP features an artstyle that combines cartoon, fantasy and realism. The result is no short of amazing, which is probably the main thing that makes Sunrise GP stand out from other indie arcade racers.

As far as the gaming formula goes, players will compete for victory in Grand Prix, driving all sorts of vehicles that feel very different in terms of handling or acceleration. Graphics-wise, all the cars in the game are reminiscent of classic vehicles from Eastern Europe. No names have been mentioned, but if you live in that part of the world, you’re bound to recognize some of the cars in the game.

Despite the fact that it’s full of arcade vibes, Sunrise GP promises physic-based gameplay, which should be obvious once players try out multiple vehicles. As mentioned earlier, cars in the game are significantly different in terms of dynamics.

Additionally, developer Garage 5 confirmed their game will feature a large number of tracks, which will take players to different parts of the world. Apart from the solo campaign, Sunrise GP will also include a split-screen local multiplayer mode, specifically designed for up to four people.

Also, the game will feature a challenge mode and a quick race mode. Last but not least, something that should never miss from a good-looking racing game, the Photo Mode, will be available in Sunrise GP at launch, helping players to capture beautiful shots of their racing moments. 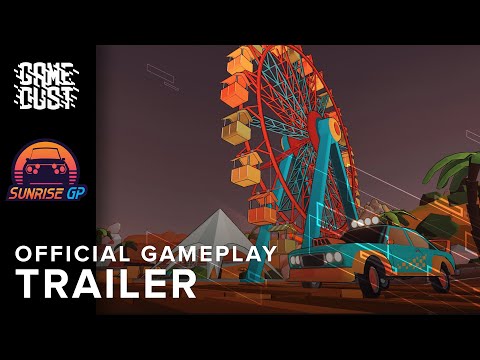