Developed by Bad Bones and published by Retrovibe, VergeWorld lets players fly through procedurally generated canyons, shoot enemies, gather resources, and complete challenges. Some roguelite elements are part of the game too, which makes it a rather unique racing game.

As mentioned earlier, the game started as a fan-made retro project developed for Amiga and Sega Genesis, and their creators are involved in the making of VergeWorld for PC while still working on the full retro versions. By the way, all these prototypes are available for free if you’re interested.

VergeWorld is set on the inhospitable planet Gh2040-B. You play as a Nix, a rebellious member of the ruling class who wants to trigger a change in the Kingdom, so the best way to do that is to steal an experimental airship called Icarus and run to the edges of civilization to find and join the so-called Revolt.

The game has an interesting gameplay loop and high replayability mixed with the nostalgic retro feeling of PSX-era 3D visuals, pixel art story screens, 16-bit tunes, and an exhilarating soundtrack. The best way to describe VergeWorld is After Burner meets Wipeout, meets The Mandalorian, and meets Mad Max. Yes, it sounds a bit too much to mix all those elements, but if they work, that will make VergeWorld rather unique in the combat racing genre.

In any case, if you want to try it for yourself, you’ll be able to do so starting next week. A playable demo will be coming to Steam Next Fest on June 13, with the full game releasing on PC this fall. It’s also worth mentioning that console versions are planned for the future as well. 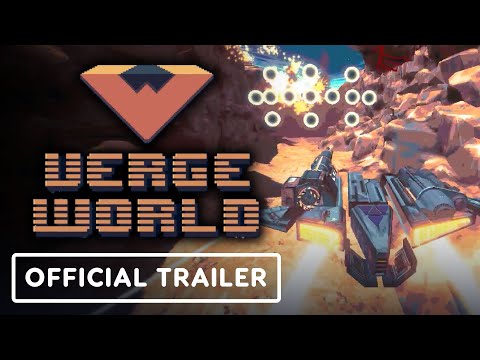