Home > News > Videogames
12 Jun 2022, 02:32 UTC ·
by Cosmin Vasile
Announced back in September, Victory Heat Rally is a brand-new retro arcade racer heavily inspire by classics like OutRun, After Burner, and Rad Mobile. Developed by SkyDevilPalm, Victory Heat Rally hasn’t been released yet, but the studio previously launched a demo that offered players a glimpse of what’s to come.
9 photos

Over the weekend, the developers revealed new tracks in The Summer Gathering showcase on Twitch, which will be available to race on in the new demo. In addition to Baytona Beach, Lavendel Forest, and Cayenne Canyon, Victory Heat Rally is getting four new tracks: Waku Land, Bikini Cove, Mt. Touge, and Bayona Speedway.

The final version of the game is supposed to allow players to choose from 12 characters and 12 cars, as well as the option to customize their vehicles. Although there are currently only seven tracks available, Victory Heat Rally will be getting many more by the time it’s ready for primetime.

The folks at SkyDevilPalm aim for 36 stages across 12 locations, as well as multiple game modes such as arcade, time attack, rally mode and many more. The game will also feature unlockable content, including bonus mini-games, easter eggs, and more.

For those of you who still love retro arcade racers, Victory Heat Rally stands out from the pack thanks to its very colorful art style. The game adopts a new “Super Scaler” aesthetic reminiscent of mid-80s SEGA games like Slipstream, GP Rider and Galaxy Force. Developed by Sega, “Super Scaler” was meant to produced advanced, 3D, sprite-scaling graphics and ended up being the most advanced technology for sprite-based graphics.

SkyDevilPalm’s take on the old Super Scaler technology is quite colorful and more appeasing to the eye than many of today’s retro arcade racers. That said, if you want to try Victory Heat Rally for yourself before its release, you can download the free demo via Steam. 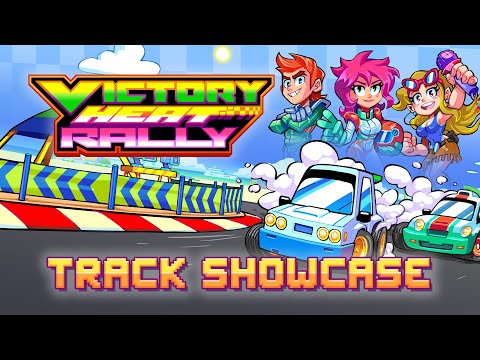