3 The CLR Kayak Folds Down to a Backpack, Is Incredibly Light

5 The New Pino Recumbent Tandem Cargo Bike from Hase Is Your Car’s Worst Nightmare
Car video reviews:
Up Next

There Are Now 350,000 Ducati Monsters on the Roads

Though perhaps an overused phrase these days, aiming to be “the world’s first” or “best” is a daunting and challenging task that can – and most often does – end in failure.

Snoek Aims to Be the Fastest Velomobile in the World, Is Ready for Production

Meet Snoek, the funnily-named velomobile that, despite its comparatively diminutive size, aims to be number one in the world in terms of speed achieved. A velomobile is a HPV (human-powered vehicle) that resembles a recumbent tricycle but features an enclosure – the fairing is aerodynamic, so it helps with speed, and offers protection from the elements and in case of a collision.

As a general rule, velomobiles are faster than traditional bicycles because of said fairing. This one wants to be the fastest.

Snoek is developed by Netherland-based company Velomobiel, which offers a wide range of velomobiles. It’s named after a fish, New Atlas reports, and it stands out for being considerably smaller, lighter and faster than any of its siblings from the maker – and from any other in the world.

Eva Jacobs and husband Allert Jacobs, founders of Velomobiel, have been working on Snoek since 2017, officially unveiling the working prototype in the summer of 2020. By November of that same year, they had also developed a racing hood for it, and now, still early into 2021, they’re already taking pre-orders on it.

Eva herself is a velomobile racer, so she tested the prototype herself both at races and in her own spare time, making sure all her observations translated into improvements on the prototype. Since it was designed for speed and racing, it was necessary that, first and foremost, it came with reduced weight and a smaller, more streamlined body.

Snoek has a carbon fiber body with sandwiched areas made of the composite material Innegra and is 20 percent smaller than the Quest XS, which the company also makes. It is suitable for riders up to 180 cm (5’10) or thereabout.

It weighs an impressive 20 kg (44 pounds), almost half the weight of regular velomobiles. Specs include, as per the aforementioned media outlet, a Shimano 105 front derailleur, SLX Shadow rear derailleur, 11-36 SRAM cassette, Sturmey Archer single-sided drum brakes, 20-inch front wheels and one 28-inch wheel in the back, front and rear suspension.

The racing hood, which was just recently developed, weighs just 950g (2.1 pounds) and comes with a side window for ventilation. The Jacobs are also considering adding brake and turning lights, in addition to the side mirror for extra safety on the road. They're also considering the possibility of offering e-assist as an extra, as they do with their other velomobile models. These things may be incredibly fast in a straight line, but they do tend to struggle uphill, in which case e-assist would come in handy.

Speaking of speed, Velomobiel says the Snoek can reach top speeds of 60 kph (37 mph). In September last year, when Eva raced it, she averaged speeds of 49 kph (30,4 mph) in it, so this figure makes sense.

The Dutch company has 22 pre-orders for the Snoek as of the time of press, mostly from known velomobile racers. The official page notes that one such velomobile takes up to six months to build by hand, including the time spent going back and forth with the customer regarding personalized work.

If you’re thinking of trying it one yourself for an extra thrill, be prepared to dig deep into your pocket: according to estimates by Velomobiel, the final price tag for the Snoek could be €8,000, give or take. That’s $9,656 at today’s rate exchange, and it’s the price to pay for a hand-built specialty vehicle that gets to boast about being a world first. 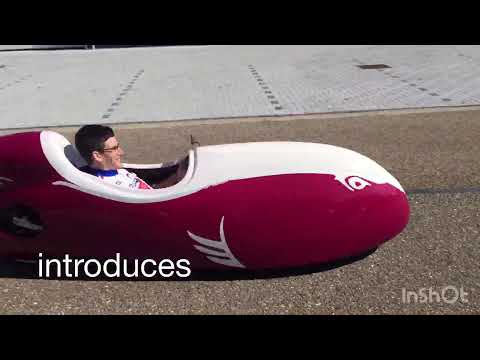 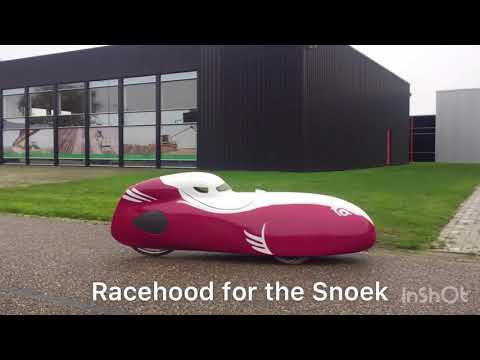