1 Segway Is Selling an Engine Speaker, So You Can Pretend You’re in a Ferrari

2 The Fastest Electric Scooter in Segway's Lineup Is Now Available to Order, Can Hit 43 MPH

Segway Launches Its Premium KickScooter P Series, It Is Meant to Go the Distance Smoothly

Segway is heavily advertising its P kick scooter series that it announced back in spring, describing both the P65 and the P100S models in it as premium builds designed to offer the ultimate riding experience.
7 photos

The two-wheeler manufacturer introduced the P series back in March along with the GT series, with the latter being touted as the company’s flagship. But while Segway’s GT2 scooter is engineered for off-road use and can hit an impressive speed of 43 mph (70 kph), the P series is more about going the distance and delivering smooth and comfortable rides.

Both the P65 and the P100S are equipped with 10.5” tubeless and self-healing tires, come with front and rear suspension, and an IPX5 waterproof rating. The P100S is the most powerful of the two and has a bigger battery, too.

Both kick scooters feature a folding design, which makes them easier to transport. They are both in production and they are now available to purchase on Kickstarter for a pledge of $1,200 (the P65) and $1,600 (the P100S). The estimated delivery date for both is this October. 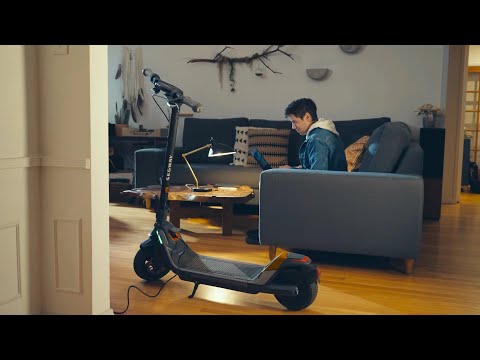