1 Wooden Block Turns to Toyota Tacoma Pro in 493 Seconds, You Can't Drive It Though

2 Ken Block Gets Hit by Bad Luck at Pikes Peak, 1,400-HP Porsche Is off the Grid

Polaris RZR Turbo R In Dealerships This Summer Across Europe, the Middle East and Africa

The Pikes Peak International Hill Climb celebrated its 100th anniversary this past weekend. The weather was less than ideal for such a difficult challenge as the Race to the Clouds. But 70 drivers still lined up at the bottom of the mountain for the event. Not all of them would manage to go all the way to the top, but thankfully everyone made it back to the base in one piece.

Robin Shute was the fastest man of the day in his 2018 TSC-FS Unlimited machine, with a time of 10 minutes, 9 seconds, and 525 milliseconds. This marks his third King of the Mountain award! Meanwhile, the slowest competitor was Jess Neal in a 1971 Plymouth Cuda.

The Exhibition Class contender took a bit over 15 minutes and 30 seconds to get up to the summit. Looking at the Top10 fastest drivers, you will notice a few familiar names. Paul Dallenbach was 10th overall and has been racing at Pikes Peak for many years. So far he has been crowned King of the Mountain three times!

David Donner set the second-fastest time on Sunday in his 2022 Porsche 911 Turbo S, and he too is a three times King of the Mountain at Pikes Peak. While fans miss seeing Daijiro Yoshihara going sideways at Formula Drift, we can only be happy to see him finishing ninth overall.

Of course, you can miss the legendary duo formed by the Millen family. Father and son, Rod and Rhys, have gathered seven overall victories at Pikes Peak in over 40 years of racing. Rod's first outing on the mountain happened behind the wheel of a Mazda RX-7, in 1981. He crossed the finish line in just under 14 minutes.

It would take the New Zealand legend another 13 years to become the fastest man at Pikes Peak. Driving the renowned Pikes Peak Celica, he almost broke the 10-minute barrier. He was just under 5 seconds short of achieving that performance, way before the course was even paved.

"Monster" Tajima stood in his way in 1995, but he came back even stronger in 1996. He became the overall winner of the Pikes Peak International Hill Climb for four years in a row. Even after changing the Celica for the 1,000+ horsepower Tacoma, he couldn't manage to get a sub-10-minutes run.

He was 48 years old at the time, and his racing exploits have since become legendary. As he announced that he would be coming back to Pikes Peak for the 100th running of the event, everyone was anxious about how fast he'd still be.

Seeing his old Toyota Tacoma getting prepared for the event felt like being transported to 1999. On June the 22nd he managed to secure two runs, on the lower section of the track. His fastest time was 4:28.737, less than 40 seconds slower than Robin Shute.

The weather forecast for the main event on Sunday wasn't looking good, but that didn't stop the 71-year-old from doing his best. Fortunately, Larry Chen was onsite to mount a few action cameras on the Tacoma before the start. Rod finished the race in a little over 11 minutes.

Meanwhile, his son Rhys was about 14 seconds faster which had him sitting in sixth overall. That's the kind of father-son relationship every petrolhead dreams of! Now, if you'll excuse us, we're off to give the Tacoma a go in Colin McRae Dirt Rally on PC. 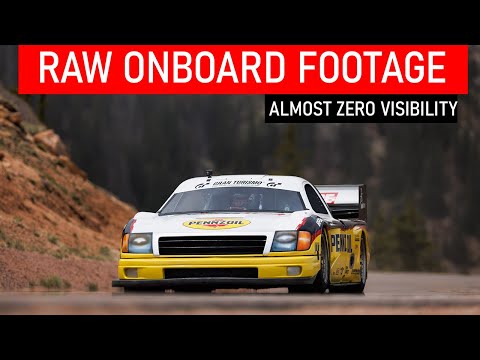 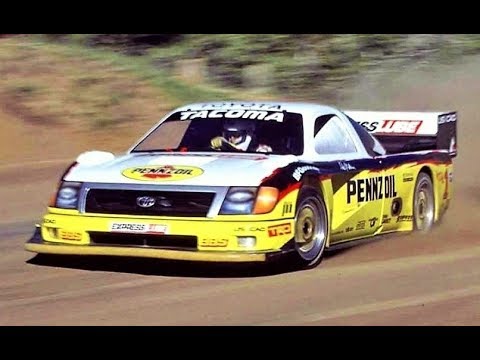